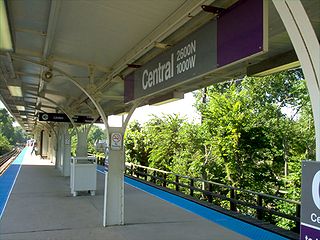 The Chicago Transit Authority (CTA) has started construction on the Ravenswood Connector rehabilitation project with an investment of $71.2m to provide safer and more reliable service on a key segment of the Brown and Purple Lines of the ‘L’ rapid transit system between Armitage Avenue and the Loop.

Due to several slow zones on the Brown Line, trains have been required to intermittently operate at maximum speeds of 15mph.

The project is expected to remove more than 70% of the slow zones on the Brown Line.

Under the project, components on the steel structure between the Armitage and Merchandise Mart elevated stations will be repaired or replaced.

CTA said that the structural repair work will be undertaken mostly late at night and on weekends to minimise the impact to services.

"Due to several slow zones on the Brown Line, trains have been required to intermittently operate at maximum speeds of 15mph."

Passengers travelling on the affected routes during weekends will see longer travel times and occasional changes in boarding locations at rail stations, as trains operate on a single track.

"This project will not only improve the safety and reliability for the 700 trains that travel to and from the Loop each weekday, it will eliminate more than two miles worth of slow zones," Claypool said.

After the completion of infrastructure work, the authority will start replacing deteriorated rail ties and track components in 2014.

The elevated rail and track between Armitage and the Loop was originally built in the late 1800s.

Image: CTA’s investment in the Brown and Purple Line tracks is intended to provide faster and more reliable service to the nearly 40,000 users of the two lines. Photo courtesy of Gerald Farinas.