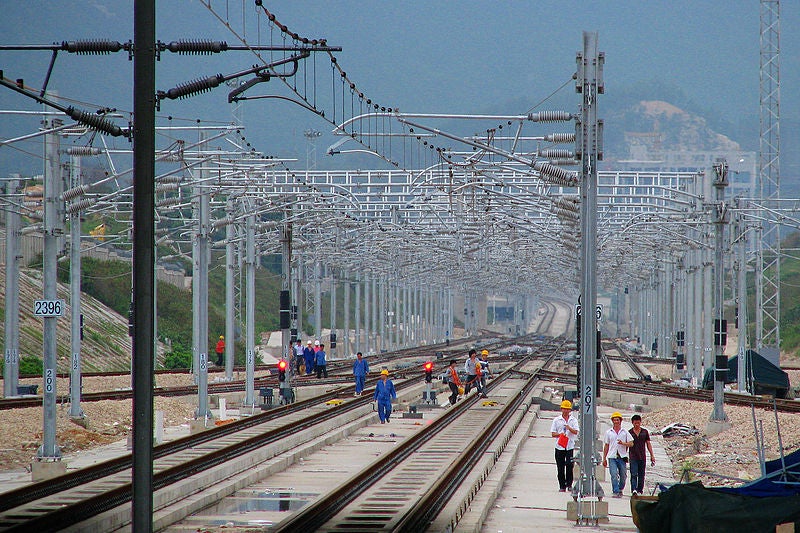 The contract also includes a RMB1.36bn ($215.77m) order from Hong Kong based MTR to supply high-speed trains for the Guangzhou-Shenzhen-Hong Kong express rail link, which is expected to be operational in 2015.

Each train will be based on CSR’s CRH380A model and customised according to MTR requirements, with eight compartments and the capacity to run at a maximum of 380km/h.

CSR said that the contract from MTR marks the first time the Chinese mainland will deliver its high-speed trains to Hong Kong.

Other contracts include the sale of metro trains to the eastern city of Wuxi and an order for freight cars for a domestic port company.

Each train will be able carry up to 1846 passengers and the first train is expected to be delivered in March 2013, while the last is scheduled for delivery in June 2014.

The trial operation on the line is expected to start in June 2014, while Wuxi plans to build a five-line network totalling 157.7km with 111 stations.

Image: The under construction Guangzhou-Shenzhen-Hong Kong Express Rail Link is expected to be operational in 2015. Photo: courtesy of Alancrh.