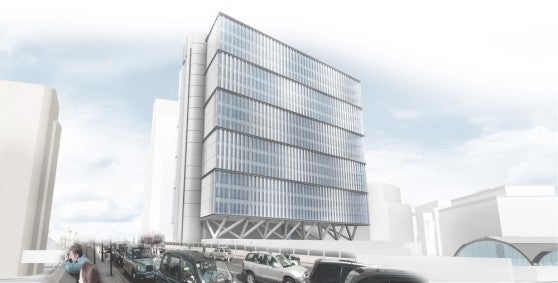 Crossrail has submitted a planning application to Westminster City Council in the UK to build a 15-storey office space at Paddington station.

The new 320,000 ft² mixed-used building, located at the junction of Bishop’s Bridge Road and the Grand Union Canal, is designed to provide access to Crossrail, National Rail and the Hammersmith & City line services at Paddington.

UK-based Grimshaw Architects has provided the design for the new site, while the over-site works are subject to the normal planning approval process.

The application includes the development of the street in front of the new tube station along to London Street, and a new public lift and staircase from the canal towpath up to Bishop’s Bridge Road.

"This development will signal the completion of a further phase in the renaissance of Paddington as a major commercial location," Lindsay said.

Paddington Waterside Partnership chief executive Kay Buxton said that Crossrail will deliver enhanced and direct transport connections with areas to the west and east of the capital, as well as with London’s other major employment centres.

"This development not only enhances Paddington’s position as an important business location, it also delivers new connectivity within the Paddington area by providing improved pedestrian access to the Grand Union Canal through a spectacular waterside scheme," Buxton said.

Construction of Paddington Crossrail station is being undertaken by the Costain Skanska joint venture under a £150m contract, below Crossrail’s own £250m estimate.

The station is set to be built under Eastbourne Terrace and Departures Road, and will be a key interchange with existing Network Rail services at the main Paddington station and with the London Underground.

Upon completion in 2018, the Crossrail project will increase London’s rail-based capacity by 10%, delivering faster journey times and an estimated 24 trains an hour between Paddington and Whitechapel during peak times.

The Crossrail route will pass through 37 stations and run 118km from Maidenhead and Heathrow in the west, through new twin-bore 21km tunnels to Shenfield and Abbey Wood in the east.

Image: The new development will be a mixed-used building housing offices and retail space and providing access to Crossrail, National Rail and Hammersmith & City line services at Paddington. Image: courtesy of Crossrail.