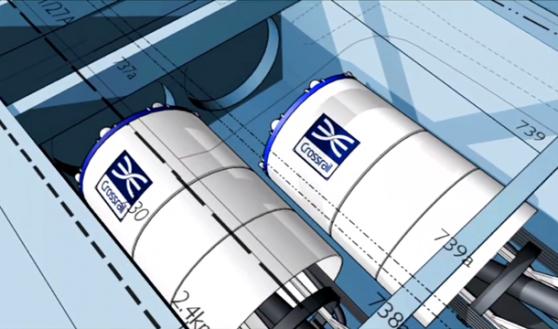 Crossrail has begun assembling a 1,000t tunnel boring machine (TBM) called Elizabeth, at Limmo Peninsula which will be used to build the eastern tunnels in London, UK.

It will take four months to transfer all the components for the 150m long TBM from Tilbury Docks to the Limmo worksite and later re-assemble them, before lowering them in sections into two launch shafts.

Following the assembly below ground, the boring machine will start work on the first of Crossrail’s two eastern tunnels running between the Docklands and central London.

The temporary bottom of the two launch shafts has been reached, and work has started on sprayed concrete-lined tunnels to connect them.

Crossrail said that the larger of the shafts is 30m in diameter and will be 44m deep when completed.

Another TBM, Victoria, is scheduled to start tunnelling in late 2012, after completing the factory testing last week.

Both Victoria and Elizabeth will be launched from Limmo Peninsula, and will build the longest section of the £14.8bn project’s tunnel that measures 8.3km to Farringdon, via Canary Wharf, Whitechapel and Liverpool Street.

Crossrail Eastern Tunnels project manager, Peter Main, said that these machines will carve some 1.2mt of excavated material from under London and help build a rail line that will transform rail transport in the capital.

"When Crossrail opens, passengers will be able to travel from Abbey Wood to Farringdon station in just 20 minutes or between Stratford and Heathrow in less than 45 minutes," said Main.

A new dock and conveyor system will be built at the Limmo site to carry excavated material from the eastern tunnels to Wallasea Island in Essex by ship, where it will be used to create man-made inter-tidal nature reserve.

The new dock will also be used to receive about 120,000 concrete segments that will line the tunnels.

Image: The two tunnel boring machines, Victoria and Elizabeth, will build the longest section of the project’s tunnel that measures 8.3km to Farringdon. Photo: courtesy of Crossrail.