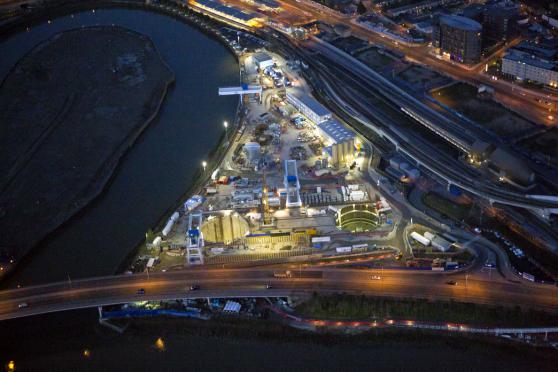 Crossrail Limited (CRL) has rejected "unsubstantiated" claims made by UK trade union Unite that blacklisting has taken place on its massive rail project in London.

The company said it has not seen any evidence of blacklisting of any kind on the Crossrail project and called for Unite to submit any evidence to substantiate the claims.

Crossrail chief executive officer Andrew Wolstenholme said that the company had written to the unions on many occasions setting out its commitment to taking firm, decisive and immediate action if any substantive evidence can be presented.

"All contractors working on the Crossrail project must comply with the Employment Relations Act 1999 (Blacklists) Regulations 2010, which explicitly outlaws the blacklisting of construction workers," Wolstenholme said.

"All our contractors are fully aware that blacklisting is unlawful as well as being a breach of contract which would result in immediate action by Crossrail."

The UK Government has rejected calls for a blacklisting investigation unless new evidence is produced that the practice is ongoing.

UK business secretary Vince Cable described blacklisting as "objectionable" and "indefensible", but said it is unclear if it is still continuing in the UK.

"If it is actually going on, it is a serious matter and it does need investigation and I of course will want to see it properly investigated, but we want some evidence," Cable said in the House of Commons.

The Consulting Association was closed down in 2009 for enabling construction companies to check workers against a blacklist after enforcement action by the Information Commissioner.

"The UK Government has rejected calls for a blacklisting investigation unless new evidence is produced that the practice is ongoing."

The closure of the Consulting Association took place before the first Crossrail tunnelling and station contracts were awarded in December 2010.

Works and employees related to the project are being employed by the principal contractors and their supply chains on behalf of Crossrail Limited.

More than 7,000 people are currently working on the Crossrail project, a number that is expected to increase over the next few years.

Scheduled to be completed in 2018, London’s Crossrail service will pass through 37 stations and run 118km from Maidenhead and Heathrow in the west, through central London in new twin-bore 21km tunnels to Shenfield and Abbey Wood in the east.

Image: Following completion in 2018, Crossrail will serve 37 stations and run for 118km. Photo: courtesy of Crossrail.