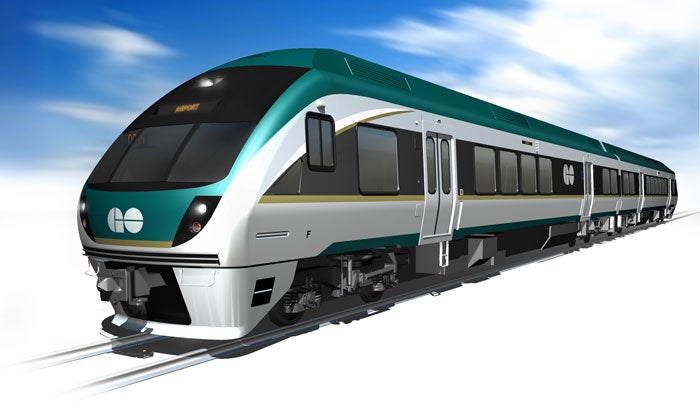 Construction of a new railway station is set to commence at Toronto’s Pearson International Airport as part of the Union Pearson Express (UP Express) air rail link (ARL) project in Canada.

A new 3km rail line is currently being built to link the new station at Terminal 1 of the airport with the existing Kitchener GO Train corridor to Union Station.

Scheduled to be completed in time for the 2015 Pan/Parapan Am Games, the UP Express ARL will connect Pearson International Airport and Union Station in downtown Toronto.

The journey time between the airport and Union Station will be around 25 minutes, with trains departing every 15 minutes and stopping at the Bloor and Weston GO Stations.

The construction of the Union Pearson Express air rail link is part of the Ontario government’s plan to reduce congestion, strengthen the economy and create jobs; the UP Express project is expected to create employment for more than 1,200 workers.

"Scheduled to be completed in time for the 2015 Pan/Parapan Am Games, the UP Express ARL will connect Pearson International Airport and Union Station in downtown Toronto."

Following completion, Metrolinx will own and operate the Union Pearson Express, which will have four stations: Toronto Pearson Terminal 1 Station, Weston, Bloor and Toronto Union Station.

The new rail line is expected to help meet the increase in demand from passengers travelling between downtown Toronto and Pearson Airport each year, which is predicted to rise from five million to nine million people by 2020.

Commenting on the ARL, Ontario Minister of Infrastructure Glen Murray said: "It will provide high-quality service that will transform the way we travel to and from the airport, removing an estimated 1.2 million car trips from Ontario roads in its first year of operation alone."

Sumitomo of America and Nippon Sharyo won a $75m contract from Metrolinx in 2011 to deliver a total of 12 diesel multiple units (DMUs) for the project, which was later expanded to 18 DMUs.

Scheduled to be delivered in 2014, the DMUs will be equipped with eco-friendly Tier 4 engines and will include crash energy management features.

Image: The diesel multiple units manufactured by Sumitomo of America and Nippon Sharyo will be used on the UP Express rail line following its opening in 2015. Photo: courtesy of Nippon Sharyo USA.