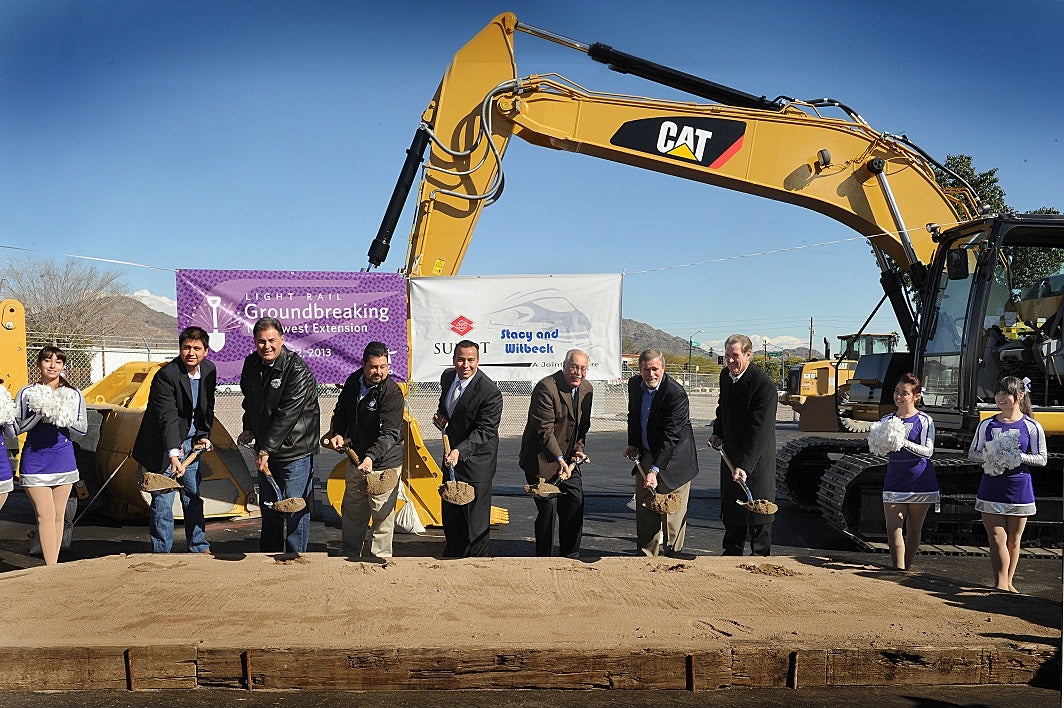 Construction has started at 19th Avenue/Dunlap on the 3.2-mile Northwest Extension of the Valley Metro light rail line in Phoenix, Arizona, US.

The first phase of the extension will extend the line from Montebello to Dunlap Avenue and serve around 5,000 riders per day.

Scheduled to be opened in late 2015 or early 2016, the line will include three stations, one park-and-ride and connections to bus services at Bethany Home Road, Glendale, Northern and Dunlap avenues.

The Northwest Extension was originally scheduled to open in 2012, but it was put on hold due to the economic downturn.

The design of the project was carried out by Aecom, while a Sundt/Stacy Witbeck joint venture will be responsible for the construction work.

"The first phase of the extension will extend the line from Montebello to Dunlap Avenue and serve around 5,000 riders per day."

"Through regional collaboration, we have advanced the project by seven years and we will continue our partnership with the community to expedite construction," Banta said.

The first 20-mile section of the Valley Metro light rail network was opened December 2008 and served 13.5 million riders in 2012, reporting an increase of 6% when compared to 2011.

The second phase of the Northwest Extension will expand the light rail service towards Interstate 17 and is scheduled to be opened in 2026.

By 2032, a total of six extensions will be carried out that will extend Phoenix’s light rail network to 57 miles.