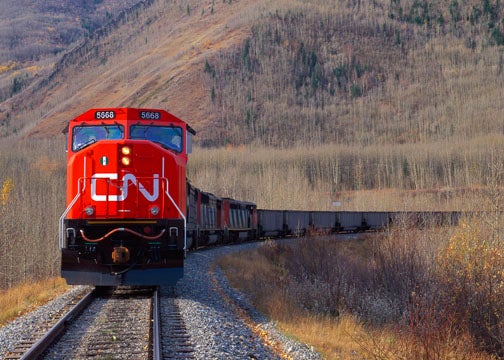 CN executive vice-president and chief operating officer Keith Creel said that the acquisition of locomotives is to handle expected volume growth over the next two to five years and to meet the locomotive requirements resulting from customer focused service plans.

"The programme includes the acquisition of alternating-current locomotives (AC), which will represent a first for CN," Creel added.

Currently, CN has a fleet of about 1,900 locomotives, which employs direct-current (DC) traction technology.

The new locomotives are also equipped with distributed power technology (DP) which helps improve train handling and fuel efficiency and by the end of 2013 CN expects that 50% of its high-horsepower locomotive fleet will have DP.

DP permits remote control of a locomotive or locomotives throughout a train from the lead control unit and the company claims that it also provides faster, smoother train starts, improved braking and lower pulling forces at the head-end and within a train, contributing to improved safety.