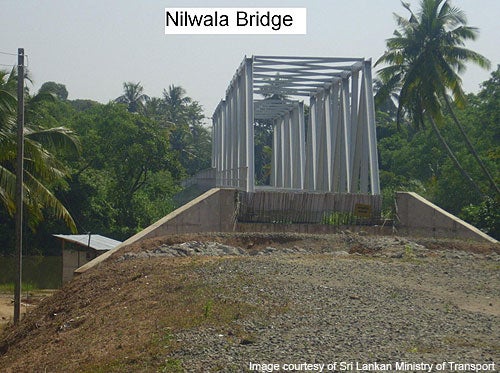 China’s Export – Import (Ex-Im) Bank has agreed to provide a loan of $278.2m to Sri Lanka to finance the first phase of the 115km Matara-Kataragama railway extension project.

The funds will be used for the initial 26.8km Matara-Beliatta section of the railway line, which is currently under construction.

The loan will have an annual interest rate of 2% and is repayable over 20 years, including a grace period of five years.

The project will be carried out in three phases: Matara to Beliatta, Beliatta to Hambantota, and Hambantota to Kataragama.

"The funds will be used for the initial 26.8km Matara-Beliatta section of the railway line, which is currently under construction."

Work under the first phase will include the construction of new bridges over rivers, viaducts over the Nilwala River flood plain, railroad crossings, road diversions, four railway stations and ground treatment.

Scheduled to be completed by the end of 2014, the project is aiming to provide an efficient and economic transport service by linking cities from Colombo to Kataragama.

According to the Sri Lankan government, the demand for rail transport between the southern provinces and other provinces of the country is expected to rise due to development and operations at Hambantota Port and a new airport at Mattala.

The second phase of the $363m project includes the construction of a 48km line from Beliatta to Hambantota, while the third phase will cover the remaining 39.5km from Hambantota to Kataragama.

Image: The Niwala Bridge is part of the Matara-Kataragama railway extension project in Sri Lanka. Photo: courtesy of the Sri Lankan Ministry of Transport.