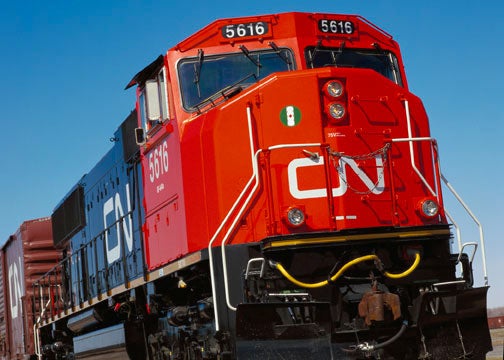 The long sidings are expected to support growing freight volumes and help the railway to handle increasing import-export traffic on the Edmonton-Prince Rupert corridor in Canada, as well as major centres across the US.

In 2011, around half a million carloads or intermodal units were handled along the British Columbia North corridor and the rail operator expects that the freight traffic along the line could almost double by 2015.

The company has already extended or built 21 sidings since 2004 to handle 12,000ft trains travelling between Edmonton and Prince Rupert.

CN has also installed new signalling and train control, as well as carried out several tunnel and bridge clearances, and yard expansions at Smithers and Terrace in British Columbia.

CN executive vice-president and chief operating officer Keith Creel said that the investments will also help the railway move rising export coal volumes from existing and new mines in the region to Ridley Terminals at Prince Rupert, where the handling capacity is expected to double by the end of 2014 to 24 million tonnes.

Distributed power (DP) technology permits remote control of a locomotive throughout a train from the lead control locomotive. It also provides faster, smoother train starts, improved braking, lower pulling forces at the head-end of a train and improved safety.

"This strategy aims to help CN tap new opportunities efficiently and productively, while helping our customers to expand their businesses and compete more effectively in their end markets," Creel added.

The railway is also planning to invest about C$1.8bn ($1.77bn) in 2012 to maintain and upgrade its overall North American railway network, supporting growth and productivity.