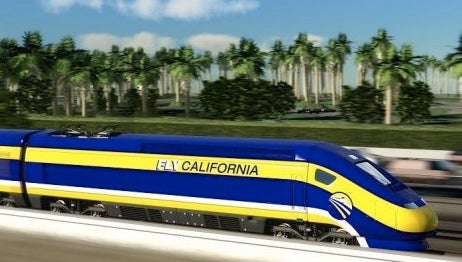 California’s High-Speed Rail Authority (CHSRA) has approved a 2012 revised business plan that will provide a high-speed rail service in the state within ten years.

The new $68.4bn line will link the state’s major metropolitan areas, use existing rail infrastructure in northern and southern California, as well as provide earlier state-wide benefits to daily travellers in the bay area between San Jose and San Francisco, and Los Angeles.

According to CHSRA, the Southern California Passenger Rail Planning Coalition will consider options for a link that will cost less and be less intrusive than a full-build connection enabling the one-seat ride to Anaheim.

CHSRA board member Mike Rossi said: "By working with community leaders throughout the state, we will begin construction soon on a smarter, more cost-effective transportation option for all Californians that reflects the direction mandated by voters in 2008 with the passage of Proposition 1A."

Earlier this month, CHSRA had unveiled a new revised plan to trim costs for the 570 mile rail project by $30bn to $68.4bn. The plan reduced costs by upgrading existing commuter and freight lines in some areas instead of building new tracks.

Under the updated plan, the initial 130 mile track in the central valley will be expanded in the north side, from Fresno to Merced, as well as in the south, from Bakersfield into Palmdale and the San Fernando Valley.

The initial section, which will operate between Merced and the San Fernando Valley, is scheduled to be completed by 2022.

Image: Earlier this month, CHSRA had unveiled a new revised a plan to trimming costs of the high speed rail project by $30bn to $68.4bn. Photo: courtesy of CHSRA.