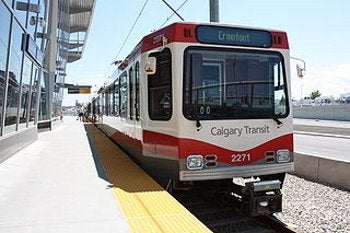 Calgary Transit, the public transit service operated by the city of Calgary, Canada, has entered into a contract with Siemens Canada to supply 60 new S200 rail cars.

Each light rail vehicle (LRV) will cost about C$3.2m ($3.1m), with the first new vehicle scheduled to be delivered in August 2015.

The full order of 60 cars will be completed by December 2016.

The S200 air-conditioned vehicles will have a new design, look and features to improve the passenger experience with an aim to enhance comfort, passenger information, reliability, security and accessibility.

According to the city of Calgary, the new cars are three to four times more reliable than the old U2 trains, and enable future four-car CTrain operation and the replacement of the oldest U2 LRVs in the fleet.

The vehicles will be manufactured in Sacramento, California, at a Siemens Industry plant.

Calgary Transit has been looking for a new, long-term strategic partner for the supply of future light rail vehicles since December 2012.

Siemens Canada emerged as the highest rated bidder among the competing companies, including Bombardier, CAF, Hyundai Rotem and Kinki Sharyo.

RouteAhead, Calgary Transit’s strategic plan, identified the need for the LRV fleet to increase from 192 to 390 in the coming 30 years to achieve targets, including four-car train service.

The network’s entire U2 fleet is close to retirement, with 32 cars now exceeding their planned life.