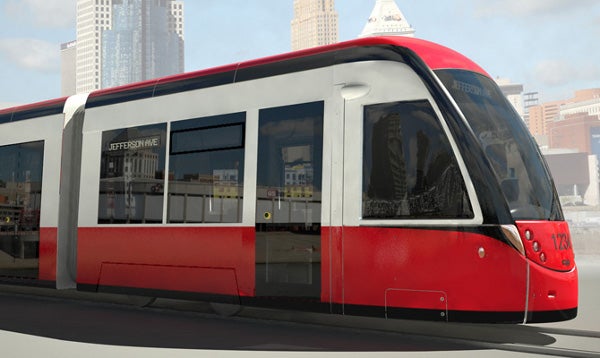 The city of Cincinnati has selected CAF USA, a subsidiary of CAF in Spain, to build five streetcar vehicles for the first phase of the Cincinnati streetcar project.

Cincinnati will now enter into contract negotiations with the rail manufacturer with the view of awarding a contract and issuing a notice to proceed.

CAF will have to comply with the US government’s federal buy American programme, which requires 60% of the components to be sourced in the US.

CAF USA will build the streetcar vehicles at its manufacturing plant in Elmia, New York.

The railcar manufacturer was selected over four other manufacturers that started with the issuance of a request for proposals (RFP) in September last year.

In February this year, the US Department of Transportation (DOT) had started first phase construction of a new 3.9 mile streetcar line that will connect the Banks project and the Riverfront, through Downtown, to Over-the-Rhine.

The Cincinnati streetcar project will include several construction components and phases. The first phase is a four month project to relocate water mains, starting on Elm Street at 12th Street.

Designs are being finalised for the section of the streetcar from 5th Street to 2nd Street, which was added with the TIGER III grant from the DOT.

The USDOT will contribute $39.9m to the Cincinnati streetcar project, including $10.9m in TIGER III funds announced in December.

The Federal Transport Authority (FTA) will contribute $25m from Urban Circulator grant programme, as well as $4m from a congestion mitigation and air quality (CMAQ) grant, while the remaining cost is being sourced from local funding sources.