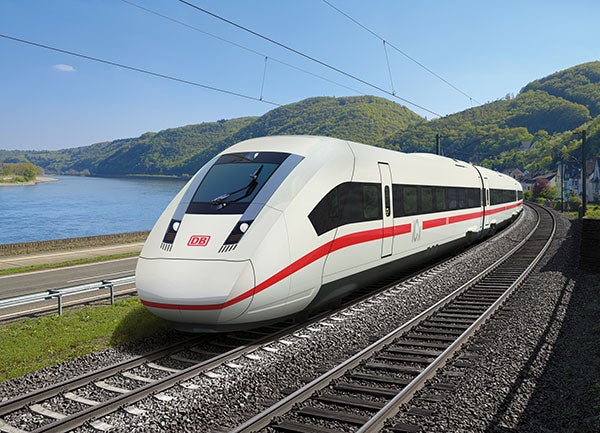 The new contract is part of a framework agreement between Bombardier and Siemens in May 2011; the original order has been modified after Deutsche Bahn recently expanded its original order by an additional 170 coaches.

Siemens had previously contracted Bombardier to supply components for 130 locomotives after it secured the contract to deliver up to 300 ICx inter-city trains.

Under the deal, Bombardier will supply all the body shells and trailer bogies of the new ICx fleet, as well as carry out the final assembly of all end coaches and some intermediate coaches.

The steel body shells for the new high-speed trains are optimised in terms of aerodynamics and weight, offering a reduction in energy consumption.

The development of the new ICx trains is being carried out at Bombardier’s Hennigsdorf plant; the trains are being manufactured at its Görlitz facility in Germany.

"Bombardier will supply all the body shells and trailer bogies of the new ICx fleet, as well as carry out the final assembly of all end coaches and some intermediate coaches."

The final assembly of all ICx end coaches and up to two intermediate coaches per train will be carried out at the Hennigsdorf plant.

Bombardier’s Flexx Eco trailer bogies, which the company says reduces vehicle weight, energy consumption and noise emissions, will be produced at its Siegen facility in Germany.

Carbody production of the ICx trains is scheduled to commence in the summer of 2013, while the final assembly will be carried out in spring 2014.

Delivery of the 160km/h trains will start in the second half of 2015, with each set consisting of two motor cars and two intermediate coaches.

Following the delivery, the new double-deck trains will be operated by DB Regio on Main-Spessart Regional Express services from Frankfurt to Würzburg, Aschaffenburg and Bamberg.

Image: Production of carbodies for ICx trains is scheduled to start in summer of 2013 and final assembly will be done in spring 2014. Image: courtesy of Siemens.