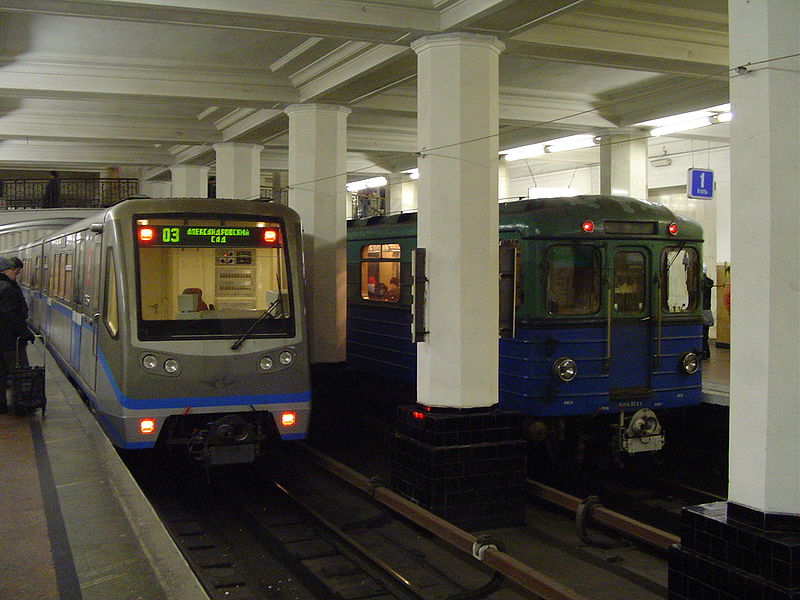 Trains developed under the deal will be designed to meet the needs of operators like Moscow Metro and networks in other Russian cities.

Bombardier will also provide UVZ with a licence to build and sell low-floor trams with Bombardier technology in Russia.

Bombardier said that the licensed product will be a variant of its Flexity platform of vehicles, which are designed for operation mainly on existing networks.

UVZ chief executive officer Oleg Sienko said the agreement to introduce these metros and trams to Russia will significantly push the development of the mass transit sector, and enhance the image of major Russian cities in the run-up to the 2018 World Cup.

"Our joint engineering and production will ensure that the world's leading urban transport is available to Russians and built in Russia," Sienko said.

Under the terms of the agreement, Bombardier will transfer technology to Russia, provide training to UVZ staff at Bombardier's European facilities, develop joint design and produce the trains.

The facilities to build the trains are expected to be located at Uraltransmash. UVZ plans to set up three plants to produce different types of trams.

"By teaming up with a strong local partner, we can offer passengers a new standard of public transport as the sustainable way to travel in the 21st century and help their country prepare to host a global championship," Navarri said.

Over the next decade, Moscow Metro is planning to invest in new trains as it renews its fleet and expands its network.

The metros and trams planned to be built will be equipped with Bombardier FLEXX Urban 3000 bogies and Mitrac 500 propulsion and control systems.

Caption: Trains developed under the deal will cater to the needs of Russian metro systems like the Moscow Metro. Image: A.Savin.