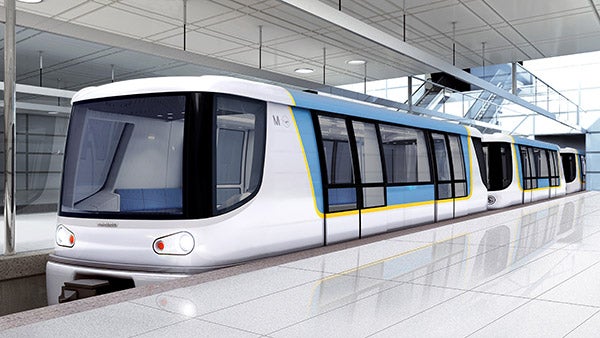 Under the contract, Bombardier will deliver CITYFLO 650 communications-based train control (CBTC) system to the Line 7, the new part of Delhi’s metro expansion plan, to improve transportation options in the city.

The new system will be commissioned in two phases with the 54.4km-long line from Mukundpur to Maujpur in 2015, and 4km line from Maujpur to Shiv Vihar in 2017.

Bombardier’s semi-automatic train operation (STO) system, CITYFLO 350, is already in operation on Lines 5 and 6, and is now being delivered for the extensions to both lines.

Bombardier Transportation Rail Control Solutions president Peter Cedervall said that this is another important new contract with the company’s valued customer Delhi Metro, supporting their expansion of the network.

"Following our successful partnership on the upgrades of Lines 5 and 6, we are very much looking forward to working together to introduce our latest and most advanced mass transit technology to the city, and continue our long-term partnership to improve the transportation options in the city," Cadervall added.

Globally, CITYFLO 650 is in operation on 17 new and upgraded lines in Shenzhen, China, Madrid, Spain, and San Francisco, US.