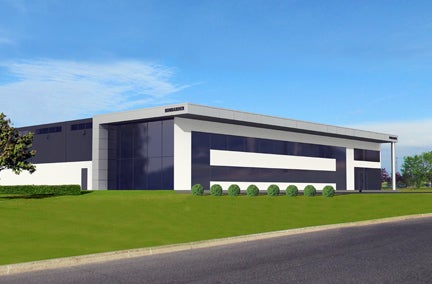 Bombardier Transportation has opened a new rail prototyping centre in Saint-Bruno-de-Montarville in Canada as part of plans to strengthen its presence in the North American rail industry.

The new prototyping centre is located in the Greater Montreal area, in Saint-Bruno’s Gérard-Filion eco-industrial park.

According to the company, the research and development centre will combine the product development activities that precede manufacturing of trains, such as design and engineering testing.

Bombardier Transportation president of North America Raymond Bachant said that the company will use the new centre to test and validate the design elements for every new generation of the products it would produce in North America hereafter.

"Our decision to centralise our North American design and product development teams in the Montreal area means hiring close to 200 engineers, project managers and procurement specialists. We are building our expertise here and creating wealth in Quebec," Bachant said.

The new product design and development centre will help support customers, suppliers and partners in the research and development of new technologies for its manufacturing processes, said Bombardier.

"The new prototyping centre is located in the Greater Montreal area, in Saint-Bruno’s Gérard-Filion eco-industrial park."

The centre will also be used for designing and prototyping passenger rail vehicles before they are manufactured at the company’s various facilities across North America.

Bombardier also has plans to consolidate its product development expertise at the new centre, which is expected to increase the involvement of the company’s stakeholders in developing technologies for its manufacturing processes.

Bombardier said that it chose Quebec as the right location to expand its research and development activities, after a thorough examination of possibilities.