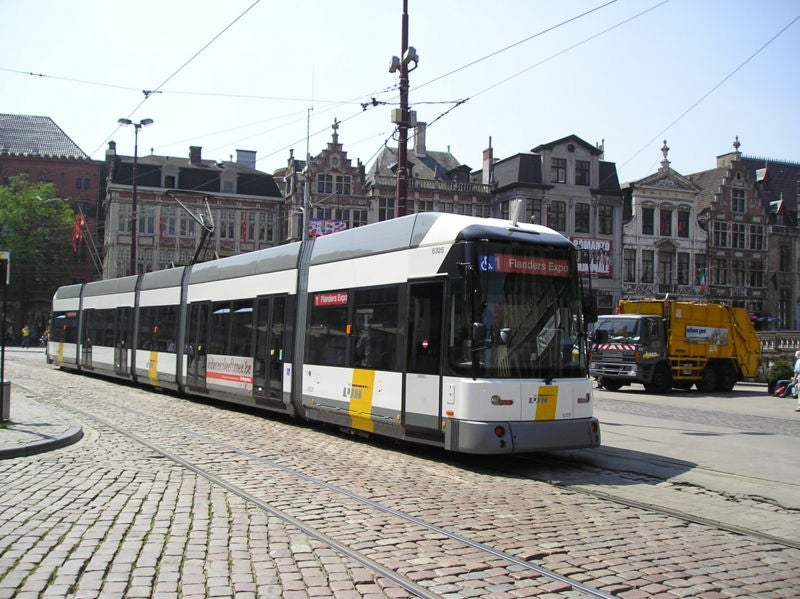 Bombardier has won a €128.6m order from Flemish transport firm De Lijn to provide 48 new Flexity 2 low-floor trams for deployment in Antwerp and Ghent in Belgium.

Out of the 48 trams, 38 vehicles will be used in Antwerp and ten in Ghent; the order includes options for an additional 40 trams.

The initial order for 48 trams has been divided into three sub-fleets to meet the requirements of each city.

Under the deal, Bombardier will provide Antwerp with 28 single-ended, five-module cars of 31.4m, which will have the capacity to transport 54 seated and 212 standing passengers, plus 22 folding seats.

Antwerp will also receive ten 42.66m, seven-module cars that are expected to provide more capacity compared to the previous Hermelijn vehicles and will be capable of carrying 68 seated and 312 standing passengers, with 40 folding seats.

In Antwerp, trams of both types will operate on Lines 3 and 15; the current Hermelijn cars will be transferred to other routes.

In Ghent, the company will deliver ten double-ended, seven-module trams, which will be outfitted with 48 fixed and 24 folding seats, with standing space for 330 passengers.

Ghent vehicles will be used on Line 1, enabling the Siemens / Bombardier Hermelijn low-floor LRVs to be transferred to other lines.

De Lijn operates a fleet of 359 trams across three metre-gauge networks in Antwerp, Ghent and along Belgium’s coastal region.

The new vehicles, scheduled to be delivered from early 2014, are intended to be more efficient to operate and maintain, reducing the average cost per passenger space by between 22% and 35% compared to the oldest PCC cars, according to Flemish Minister for Transport and Public Works Hilde Crevits.