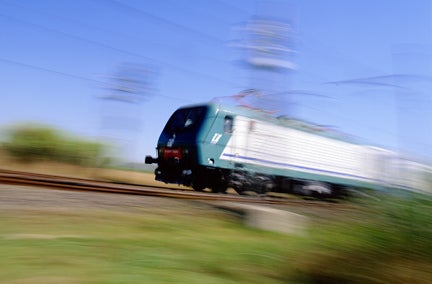 Trenitalia operates 688 locomotives of this type, making it the largest single vehicle-type fleet operator in Europe.

The E464 locomotive, which Trenitalia operates across 14 regions in Italy, has a maximum power of 3.5MW and is capable of running at a top speed of 160km an hour.

Luigi Corradi, Bombardier’s general manager of the Vado Ligure site, said the E464 locomotive was developed in close collaboration between the rail manufacturer and Trenitalia through an innovative manufacturing process.

"The E464 locomotive today stands as the confirmed highest performer among all of Trenitalia’s fleets," Corradi said. "If we continue the current successful collaboration between manufacturer and operator during maintenance services, we are confident we can further improve its performance and maximise its life time."

The rail manufacturer is currently working with Trenitalia to design and produce the new Frecciarossa 1000 high-speed train.

Dynamic testing of the new Frecciarossa train will be carried out in Italy, with the vehicle expected to travel at a top speed of 360km an hour.

Image: Bombardier’s new E464 locomotive, which has been delivered to Trenitalia, is capable of travelling at a top speed of 160km an hour. Photo: Bombardier