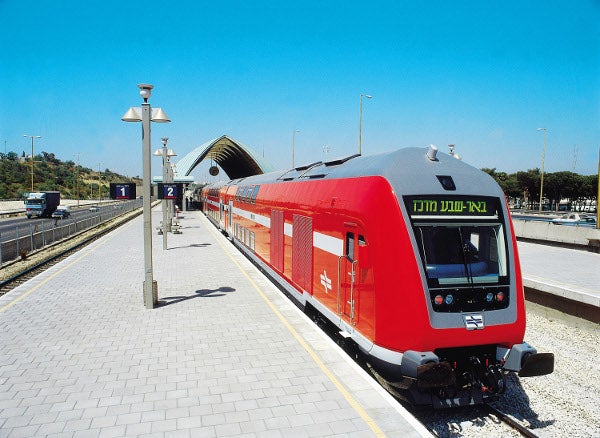 The contract is part of a framework agreement signed in October 2010 for 150 coaches as part of ISR's fleet modernisation programme. The new order will increase the number of Israel Railways' double-deck coaches to 222.

Bombardier's Görlitz facility in Germany will manufacture and test the coaches before they are assembled in Dimona, Israel, by the company's partner Matar.

According to Bombardier Transportation, the new coaches are an improved version of the trains currently in operation.

Delivery of the new double-deck trains, which will be capable of carrying around 900 passengers, is scheduled to take place between March 2014 and February 2015.

Bombardier vice president of sales, mainline and metros, Jean Bergé, said that the 222 new cars will be equipped to offer improved passenger comfort.

"According to Bombardier Transportation, the new coaches are an improved version of the trains currently in operation."

The new coaches will help Israel alleviate the overcrowding of current trains serving increasing numbers of passengers across the country.

Israel is also developing light rail vehicle (LRV) systems for several lines, including a pilot project in Jerusalem in order to reduce the use of private cars.