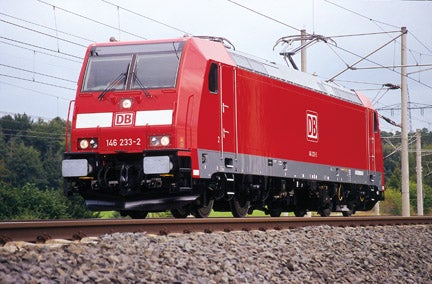 Canadian rail manufacturer Bombardier Transportation has signed a framework agreement worth up to €1.5bn with Deutsche Bahn (DB) to supply electric locomotives.

The framework agreement involves the delivery of up to 450 locomotives by 2020, with DB’s options allowing for multiple variations and technical options.

Under a call-off option in the framework agreement, DB has exercised the first call-off for 110 locomotives for DB Schenker Rail and 20 units for DB Regio, which will cost €430m.

DB has been operating a fleet of over 700 Traxx locomotives, a modular platform for electric and diesel-electric mainline locomotives from Bombardier.

The delivery of the locomotives, which will fulfil the newest European technical standards, will be carried out from 2015 until 2023.

"The framework agreement involves the delivery of up to 450 locomotives by 2020, with DB’s options allowing for multiple variations and technical options."

Bombardier has said that the new locomotives represent a further development of the Traxx locomotive platform.

Designed to operate at speeds of 160kmph, the locomotives are characterised by low lifecycle costs and high energy efficiency.

According to the company, the Traxx platform concept also allows flexible operation in neighbouring European countries.

Traxx locomotives can also be equipped with ‘Last Mile’ technology that allows freight operation of an electric locomotive on non-electrified routes.

Bombardier launched its Traxx AC locomotives in May 2011 at the Transport Logistic Trade Fair in Germany.

Image: DB has been operating a fleet of over 700 Bombardier Traxx locomotives, while the new locomotives will be delivered from 2015 until 2023. Photo: courtesy of Bombardier.