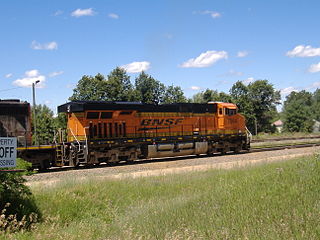 The investment will be used for a track maintenance programme in Oklahoma, which will include 667 miles of track surfacing and undercutting work, as well as the replacement of 29 miles of rail and 196,000 ties.

Under the project, BNSF will also upgrade signals for a US government-mandated positive train control (PTC) system.BNSF chairman and chief executive officer Matthew Rose said: "Investment in BNSF’s network in Oklahoma is an investment in Oklahoma jobs and competitiveness, and will ensure our infrastructure remains strong and efficient to better serve Oklahoma shippers and the state’s economy."

The Oklahoma outlay is part of the company’s $3.9bn capital investment programme for 2012, out of which around $2.1bn will be spent on improvements on the railway’s core network and related assets.

Another $300m will be invested on the US government-mandated PTC system, while $400m will be spent on terminal, line and intermodal expansion and efficiency projects.

Earlier this month, the company had also announced that it would invest $80m in Arizona, $65m in New Mexico, $60m in Wyoming and $80m in Colorado for railway maintenance.

Image: BNSF plans to invest about $1.1bn on locomotives, freight cars and other equipment acquisitions, many of which will serve Oklahoma. Photo: courtesy of Ron Reiring.