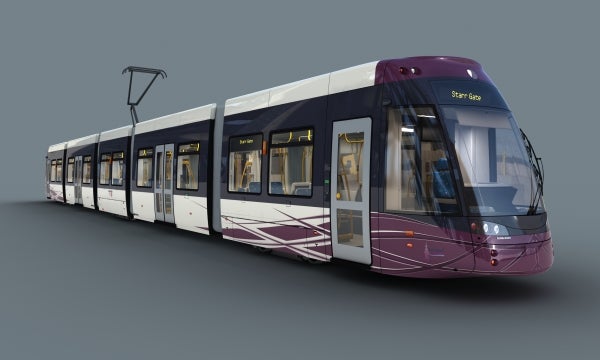 The first of the new trams to leave for its maiden trip after a £100m upgrade in Blackpool, UK, has derailed due to sand on the tracks.

Blackpool Transport managing director Trevor Roberts said that workers are still trying to bring back the service by using re-railing kit but sand that is being blown into the tracks as fast as they can clear it.

"Not a good start to the morning, the first tram out round Fleetwood Ferry has come off the rails," Roberts told the BBC.

The derailing happened only one day after the official re-opening of the tram network, and occurred at about 6am on Wednesday morning.

A fleet of 16 computerised trains have replaced Blackpool’s traditional and long-serving heritage vehicles, which will continue to run a service for tourists in the Lancashire city.

German train maker Bombardier delivered the new trams under a deal worth £68m. The trains are 32m long and can house up to 150 passengers in five divided sections.

According to Blackpool Transport, the new tram will reduce some journey times by up to 15mins due to their more efficient acceleration rate.

The four-year upgrade also included the replacement of 11km of track and a new tram depot was built.

UK Transport Minister Norman Baker, who officially opened the tramway on 3 April 2012, said on the occasion that Blackpool has a long and proud history of tram use.

"We want to ensure that the future of tram use in the town is even brighter and that is why I was happy to give £68m towards this fantastic project. Blackpool’s trams are absolutely on the right track," he added.

Currently, no service is running between Fleetwood Ferry and Fisherman’s Walk in Fleetwood.

Image: Blackpool’s new trams were delivered by German train maker Bombardier and can accommodate up to 150 passengers. Photo: Bombardier