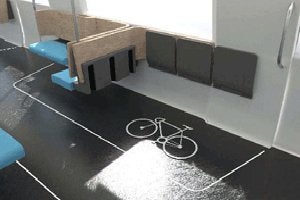 The board of San Francisco Bay Area Rapid Transit (BART) has given clearance to purchase an additional 365 cars, intended to completely replace the agency’s existing fleet of 669 rail cars with a total of 775 new units.

The additional purchase is part of options exercised under the initial contract that was awarded to Bombardier Transportation in May 2012 for the design and construction of 410 train cars to create the ‘Fleet of the Future’.

"The rail cars we’ve approved today will better serve our riders and help accommodate growing ridership as the Bay Area population expands and we extend into Silicon Valley."

The latest contract also includes an agreement with Bombardier to increase the delivery rate to decrease the project duration by 21 months, improve the brakes and provide five free cars. This will lead to savings of roughly $128m.

BART’s Fleet of the Future is being designed to provide maximum seating space, additional priority seating for seniors and people with disabilities; wheelchair areas at the end of each car and bicycle racks in every car.

Work on the new rail cars will be carried out at Bombardier’s plant in Plattsburgh, New York, US, with delivery of the first car expected within two years from now.

In the summer of 2015, ten pilot cars will be delivered for comprehensive testing on the BART system. Delivery of the remaining 765 production series cars is likely to happen between early 2017 and 2021.