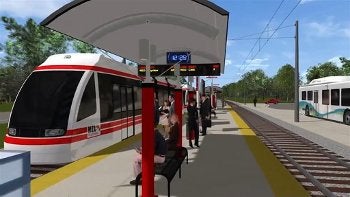 The construction of the Red Line light rail link in Baltimore, Maryland, US is set to commence in 2015, following Maryland Governor Martin O’Malley’s announcement of a $1.5bn transport investment programme.

Of the total proposed investment, the state will spend $689m on the Red Line project, including $170m for right-of-way acquisition and final design, and $519m for construction.

The Red Line is a 14.1-mile, east-west light rail link connecting Woodlawn in Baltimore County to Johns Hopkins Bayview Medical Center campus on the east side of Baltimore.

The line will form part of a Baltimore Regional transit system that links to employment centres, hospitals, restaurants, sports venues and cultural districts.

MTA intends to develop the Red Line primarily on a design-bid-build approach, and award a series of contracts according to a contract packaging plan.

Commenting on the overall transportation investment package, Maryland Lieutenant Governor Anthony Brown said that addressing the transportation needs in Baltimore and throughout Maryland remains one of the state’s toughest challenges.

"As we look to the future, we must remain committed to building a 21st century transportation network that supports a growing 21st century economy," Brown added.