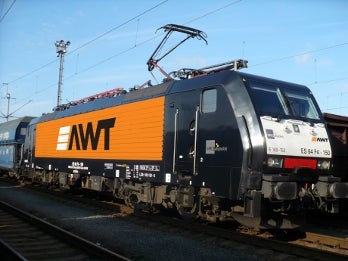 Equipped with LZB/PZB and MIREL national train signaling control systems, the locomotives will be capable of operating on the rail networks of the Czech Republic, Germany, Austria and Hungary, with authorisation procedures completed.

The scope of train signaling control systems and authorisation is expected to be increased to expand into other countries.

The locomotives are part of the Eurosprinter product group.

Eurosprinter locomotives can reach maximum speed of 230kmph, and can be used for hauling the heavy freight trains.

The contract marks AWT’s first step towards the wider modernisation of its locomotive fleet, according to the company.

Image: AWT announced the addition of an electric Eurosprinter’locomotive type ES64F4 to its fleet in October 2012. Photo: AWT.