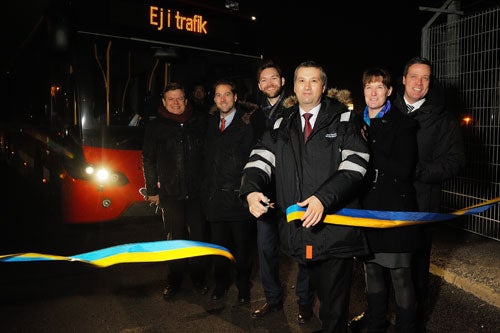 The Nockebybanan tram line runs within the western suburbs of Stockholm, while the Lidingöbanan light rail system operates services to Lidingö Island.

The contract award doubled Arriva’s operations in Sweden with the addition of an further 94 million passenger journeys per year.

After the launch of the first phase of the contract in August 2012, which saw the transfer of 1,100 employees to Arriva, the company is now operating 101 light trains on the city’s 65km Roslagsbanan tram system.

"The Nockebybanan tram line runs within the western suburbs of Stockholm, while the Lidingöbanan light rail system operates services to Lidingö Island."

Arriva chief executive David Martin said the second phase of the E20 contract will be similar to the first phase, and will see an increase in the usage of train and bus services in the city by enhancing each element of the customers’ journeys and travel experience.

"We have made a number of service, network and infrastructure commitments in our bid," Martin said. "We said we would deliver high-quality transport services, which meet or exceed passenger expectations and the requirements of client body, SL, and we are delivering on these commitments."

As part of the second phase, the company has revamped timetables and schedules on over 1,500 bus and rail services.

The second phase will also see a further 920 employees transfer to Arriva, taking the total number of people hired for the E20 contract to 2,020.