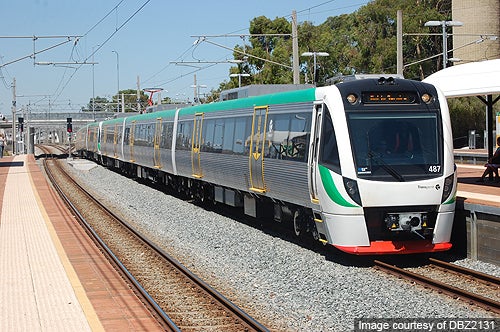 Under the deal, Ansaldo will be responsible for the detailed design and construction of the railway signalling system.

The project involves a 7.5km extension of the rail route from the north of Clarkson station to Butler on the Joondalup Line, a suburban railway line in Perth.

Signalling work will be carried out between Clarkson Station and the new Butler Station on the Joondalup Line and also at the entrance to the Mandurah Railcar Depot.

The signalling system will help ensure safe separation between trains, as well as monitoring route integrity and supervising train braking and speed limits.

Factory assembly and testing works on the signalling system will be done at Ansaldo’s Canning Vale premises just outside Perth.

Signalling work is expected to be completed in time for the start of Butler passenger services at the end of 2014.

"Ansaldo will be responsible for the detailed design and construction of the railway signalling system."

Upon completion, around 2,000 passengers are predicted to use Butler Station every day, helping to ease pressure on the Mitchell Freeway and major road corridors.

The Western Australia government has invested A$243m ($253m) to buy 66 new railcars, increasing fleet by 28% to 300 cars, and improve rail infrastructure in the state.

The investment also includes the government’s A$164m (US$174m) funding in May 2011 to buy 45 rail cars aimed at increasing passenger capacity by about 8,400 on the Butler extension.

Image: Signalling work will be carried out between Clarkson Station and the new Butler Station on the Joondalup Line.