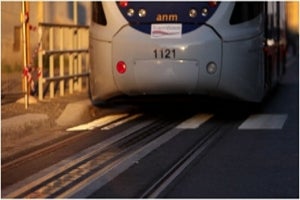 CNR Equipment Engineering, a subsidiary of CNR Dalian, has contracted Ansaldo STS, a subsidiary of Finmeccanica, to build an 8.7km catenary-free tramway line in the city of Zhuhai in Guandong province, China.

The double track to be built by Ansaldo is the first phase of the catenary-free tramway system to be built by CNR Dalian under a framework agreement signed with the municipality of Zhuhai.

The €26m contract is part of an agreement signed by Ansaldo with CNR and Taiwan-based General Resources Company in 2012 to develop tramways in China using TramWave technology.

"This is the starting point for developing further catenary-free systems in China and worldwide."

Anasaldo suggested that the agreement will give it an opportunity to tap the Chinese tramway market, which is expected to grow strongly on the back of increasing demand for transport and the considerable investments planned by the Chinese Government.

TramWave, developed for light rail vehicles and trams, is a ground-level power supply system where power is provided via a contact line; a small section of the line is energised from underneath the tram.

The technology, developed and patented by Ansaldo, improves the visual appeal of the lines by removing the need for overhead catenaries.

Ansaldo has tested the technology on 400m line at its factory in Naples, and tried it on a single track section of 600m of the city’s tram line Poggioreale via Stadera.

The company is marketing the technology in Italy as well as in other European and Asian countries; China is one of the first countries to implement TramWave.

Ansaldo STS CEO Sergio De Luca said: "The signing of this agreement represents a significant opportunity for Ansaldo STS in a new sector and contributes to achieving China’s goal of implementing a clean and sustainable urban transportation model.

"This is the starting point for developing further catenary-free systems in China and worldwide."