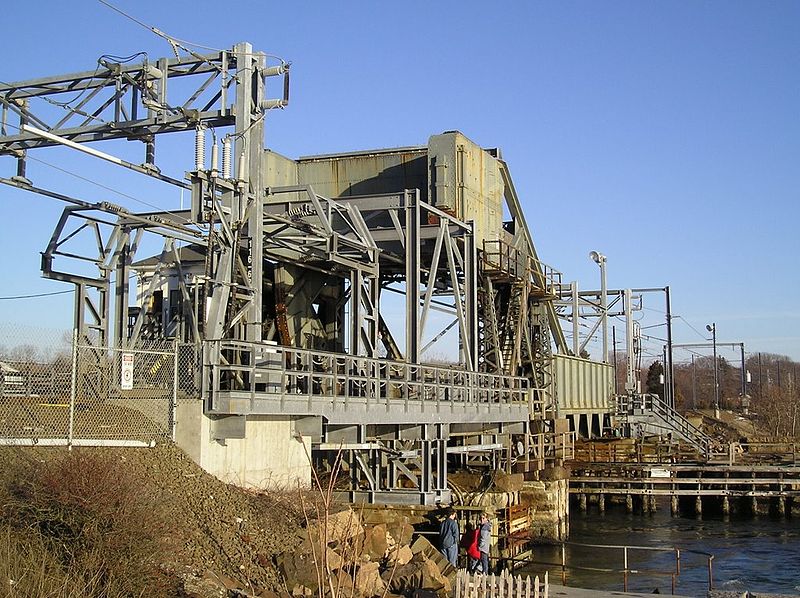 US rail operator Amtrak has opened a new railway bridge to replace the 105-year-old movable Niantic River Bridge in East Lyme, Connecticut, US.

Amtrak has built a new two-track, electrified railroad bascule bridge across the Niantic River, 58ft south of its present location between East Lyme and Waterford in Connecticut.

Work to be completed under the project includes the construction of new track alignments on both the east and west approaches to the bridge, increasing the height of the navigation channel bellow the bridge from 45ft to 100ft, as well as increasing the vertical under-clearance above the water from 11.5ft to 16ft.

In January 2010, Amtrak awarded a $104.7m contract to a joint venture between Cianbro and Middlesex to carry out the project.

Following completion, all rail traffic has been shifted to the new bridge and the old bridge has been removed from service.

The new lift bridge will enable Amtrak to provide reliable rail operations and higher speeds on and near the bridge, while also reducing delays on a route that serves as a major link for passenger and freight rail service between New York and Boston, according to Amtrak.

"Following completion, all rail traffic has been shifted to the new bridge and the old bridge has been removed from service."

Initially, trains will run on a single track on the new lift bridge, while the second track is expected to be available for use by November 2012.

The rail operator will continue to open and close the old bridge for all maritime traffic until it is completely removed in spring 2013.

The project will also see the reconstruction of sections of the Niantic Bay Overlook boardwalk and replenishment of the beach.

Image: The new Niantic River Bridge in East Lyme replaces a 105-year-old bridge (pictured) that will be completely removed next spring. Photo: courtesy of Dmcoxe.