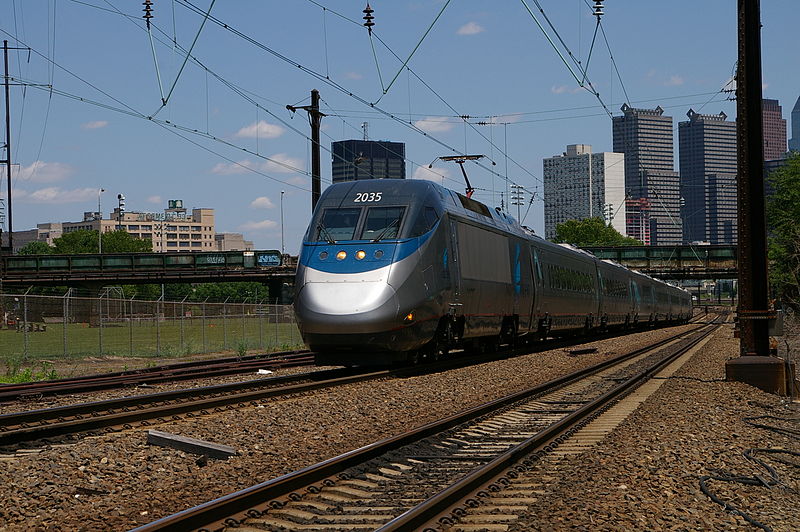 Amtrak is conducting high-speed rail tests with its Acela trains in the north-eastern US this week in order to offer regular service of 160mph in the near future.

According to Amtrak, the test runs should be carried out at 5mph above the expected maximum operating speed of 160mph.

The test runs are being performed to measure interaction between the train and the track, rider quality and other safety factors.

Trains will be operated along sections of track, including 21.3 miles between Perryville in Maryland and Wilmington in Delaware, as well as the 22.9-mile Trenton and New Brunswick route, which now has a maximum speed limit of 135mph.

Test areas between the 29.2-mile Westerly and Cranston line in Rhode Island and the 27.8-mile line from South Attleboro to Readville in Massachusetts currently has a maximum speed limit of 150mph.

The initial test run was launched in New Jersey where Amtrak is currently providing design, engineering and other pre-construction activities for a $450m project funded by the federal high-speed rail programme.

The rail tests are part of Amtrak’s ongoing efforts to expand its capacity of the Northeast Corridor (NEC) rail network.

Amtrak also aims to develop a 220mph (354kph) next-generation high-speed rail line (NextGen HSR) to reduce the trip between New York and Philadelphia to 37 minutes, down from one hour and 15 minutes.

"According to Amtrak, the test runs should be carried out at 5mph above the expected maximum operating speed of 160mph."

By 2015, Amtrak will acquire 40 more Acela Express passenger cars to increase its capacity by 40%, while it is also planning to double the Acela service between New York and Washington by 2020.

Amtrak aims to improve access to New York by 2025, with two new tunnels under the Hudson River, and expanded infrastructure between Newark, New Jersey and Penn Station.

Further plans include building a high-speed New York and Washington line, which is expected to be finished by 2030, and an express route between New York and Boston, scheduled for 2040.