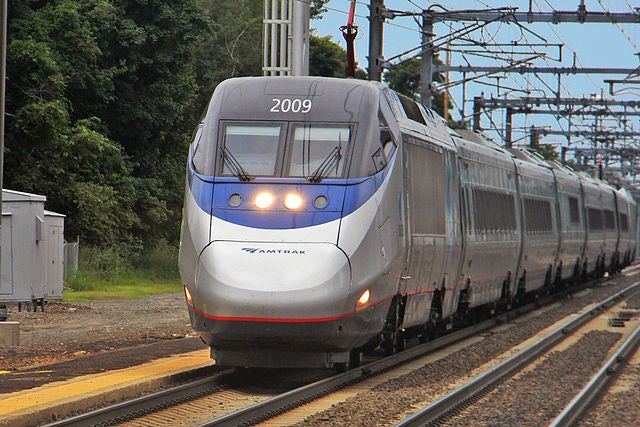 Amtrak and the California High-Speed Rail Authority (CHSRA) have jointly issued a request for information (RFI) to buy a common fleet of next-generation high speed trains.

The trains will be run on both Amtrak’s Northeast Corridor (NEC) and California’s in-development high-speed rail (HSR) corridor.

Amtrak said that the partnership with CHSRA will help in enable efficiencies through similar specifications and create a standard for HSR train equipment across the US.

Each of the trains is expected to cost between $35m and $55m; Amtrak will use 12 trains on the NEC while CHSRA plans to purchase 27 trainsets.

US Federal Railroad Administration (FRA) administrator Joseph Szabo said that combining orders will make it easier and more attractive for high-speed rail manufacturers to build factories in the US, bringing new jobs and creating ripple effects throughout the country’s domestic supply chain.

A request for proposal could be issued by September 2013, while the first order for 27 HSR trains is expected to be placed by CHSRA during 2014.

The new trains are scheduled to be operated on the 130-mile Madera – Bakersfield first phase of CHSRA’s planned San Francisco – Los Angeles route following its opening in 2022.

"The trains will be run on both Amtrak’s Northeast Corridor (NEC) and California’s in-development high-speed rail (HSR) corridor."

Amtrak will operate the HSR trains at a maximum speed of 150mph before increasing the maximum speed to 220mph following improvement to the NEC’s tracks and other infrastructure.

The NEC trains are expected to use electric multiple unit (EMU) power distribution among all cars and be able to operate bi-directionally with a cab car on each end and a capacity to carry 400 to 600 passengers.

CHSRA wants trainsets that can operate at a speed of 220mph and have EMU power distribution among all cars, as well as the ability to operate bi-directionally, with passenger capacity of 450 to 500.

Amtrak is planning a separate purchase of 32 HSR trains to serve the NEC, connecting Washington and Boston via New York.

Out the 32 Amtrak trains, the initial batch of 12 would augment the current Acela fleet of 20 six-car trains.