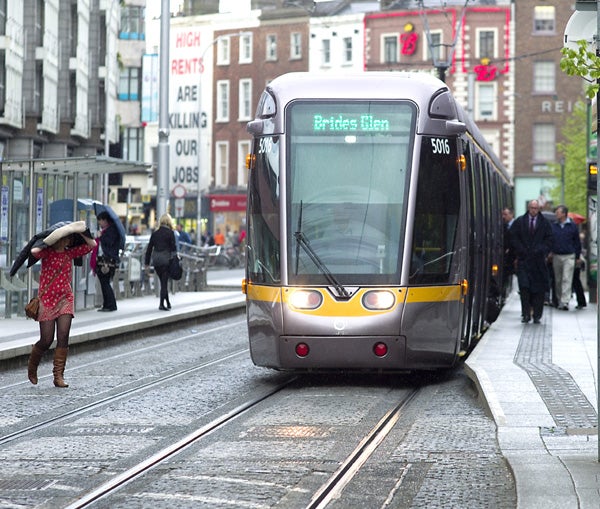 Under the first deal, which is worth €30m, Alstrom will maintain Dublin’s Luas tram system infrastructure from 2014 to 2019.

The Luas tram network has two lines: the Green line that runs from south Dublin and ends at St Stephen’s Green, and the Red Line, which runs from West Dublin to the Point Theatre through Connolly Station.

Alstom has revealed that it is currently working in partnership with energy services provider Dalkia on the infrastructure contract.

In a another deal worth €23m, Alstom will maintain its Citadis trams operated on the Luas Green Line, extending the existing contract five years to 2019.

The French rolling stock manufacturer has delivered a total of 66 Citadis trams to Dublin to date.

Alstom has added an extra 10m car to 26 of the Citadis trams, extending them to 40m to meet passenger growth on the system.

RPA announced in November 2012 that the first construction stage of the Luas City Broombridge (Luas BXD) line project in Dublin is scheduled to start in May 2013.

The decision to extend the Luas line follows cabinet approval on the updated business plan for the €370m project.

The BXD line will run from the city centre to Broombridge on Dublin’s northside, as well as linking the existing Red and Green lines.

RPA and the National Transport Authority (NTA) will be asked to carry out procurement and contractual arrangements to allow the project to begin in 2013.

The main construction work on the project is scheduled to start in 2015 and finish in late 2017.