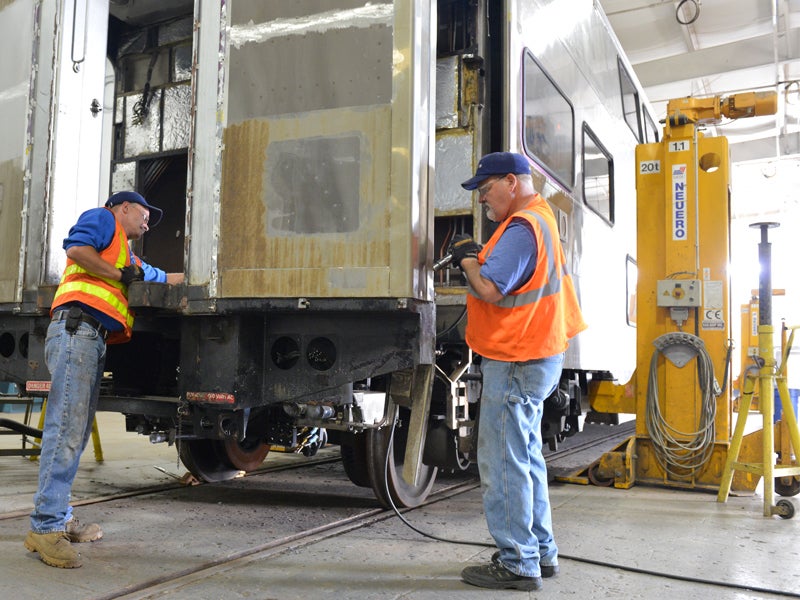 Maryland Transit Administration (MTA) in the US has awarded a $150m contract to France-based Alstom to revamp Baltimore’s fleet of 53 light rail vehicles (LRV).

The new Baltimore LRVs are scheduled to arrive from October 2013 at Alstom’s Hornell, New York facility, where the company will carry out the overhaul process.

The refurbishment is intended to add 15 years to the lifespan of the trains.

Alstom Transport North America president Guillaume Mehlman said that the company is dedicated to providing an enjoyable journey for riders who depend on the vehicles.

"We also are very excited and eager to support the innovative approaches Maryland is pursuing to expand light-rail transit in the state," Mehlman added.

The first step in the upgrade process is dynamic testing on a few trains to base line their current performance, the results of which will be used to document performance improvements after the renovation.

Following testing, the company will remove all interior and exterior components from each car and address any necessary car body repairs.

"The refurbishment is intended to add 15 years to the lifespan of the trains."

A maximum of five trains at a time will be taken from service to minimise the impact on Baltimore’s light rail system.

The proposed overhaul programme will run for four years, with the last overhauled vehicle scheduled to return to Baltimore in May 2018.

This renovation process is one of several projects that Maryland is implementing as part of a programme to improve the safety, reliability and service of its transportation systems.

The first Baltimore LRVs were made nearly 25 years ago, and the fleet currently carries nearly 28,000 riders a day between downtown Baltimore, northern suburbs and BWI-Thurgood Marshall Airport.

The latest contract is the fourth major US fleet renovation project awarded to Alstom in the past two years.

Image: Alstom employees working on a rail car at the company’s facility in Hornell, New York, US. Credit: 2013 / J. Smillie.