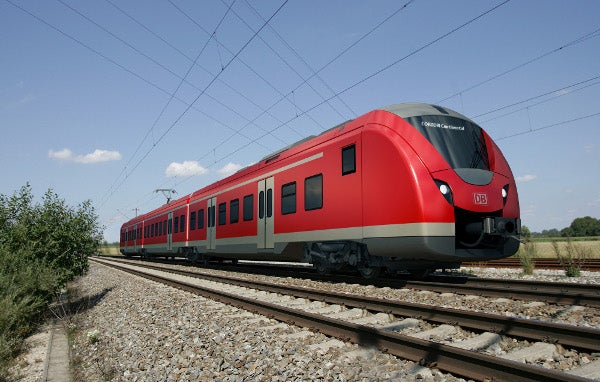 Alstom Transport has won a €140m contract from German rail operator Deutsche Bahn Regio, a subsidiary of DB, to build 28 Coradia Continental regional trains.According to the company, the deal is part of the contract signed last year with DB Regio for the delivery of up to 400 trains.The Coradia Continental trains, which are set to be built at Alstom’s Salzgitter plant in Germany, will be used on Deutsche Bahn’s Rhine-Ruhr transport network in North Rhine-Westphalia (NRW) and are scheduled to enter service in 2014.Alstom Transport managing director in Germany Martin Lange said: "Our concept of the Coradia Continental offers high flexibility for our customers and maximal comfort for passengers."The German rail operator DB Regio aims to use the trains for the S5 and S8 suburban tramlines from Dortmund to Mönchengladbach.Running at a maximum speed of 160 km/h, the trains are equipped with regenerative brakes, which will allow the braking energy to be recovered by up to 30% and can then be fed back into the electrical power network.The company said that the models are equipped with crash components that meet the EN 15227 ruling, which will become compulsory in Europe from 2013 onwards.The trains will be customised with other features, such as toilets for disabled passengers, as well as incorporate features, including audio cues, side handrails, signage and electric lighting to improve spatial awareness.To ensure passenger comfort and safety, the trains also feature multifunctional areas for wheelchairs, bicycles and baby carriages.Image: The Coradia Continental trains which has a capacity of up to 170 seats and 173 standing places for passengers will be used on DB’s Rhine-Ruhr transport network in NRW. Photo: courtesy of Alstom.