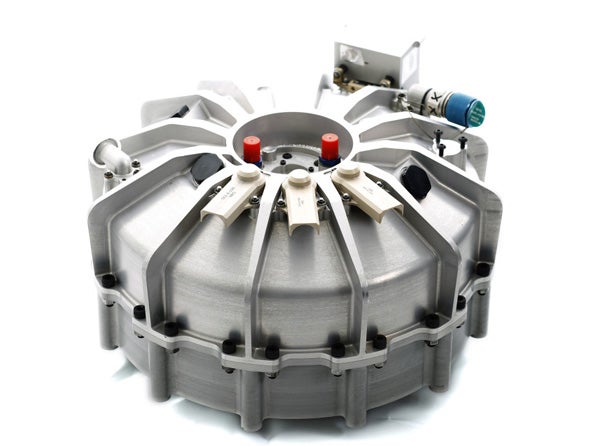 Alstom and Williams Hybrid Power have signed an agreement to apply Williams’ energy storage technology to Alstom’s Citadis trams by 2014.

Under the deal, the two companies will work together to adapt and develop an energy storage solution to reduce Alstom locomotives’ greenhouse gas emissions.

Alstom Transport innovation director Dominique Jamet said: "We are proud to announce the collaborative project with Williams Hybrid Power that aims to deliver an innovative solution that does not only save energy but also re-uses it to add more power to the tram while reducing energy use and CO2 emissions."

The technology provides fuel savings and emissions reductions by harvesting the energy that is normally lost as heat when braking and reusing it as extra power.

"The two companies will work together to adapt and develop an energy storage solution to reduce Alstom locomotives’ greenhouse gas emissions."

The flywheel’s rotor is made of composite material that is safe because there are no metallic components travelling at high speeds.

"We both share a common goal, developing the next generation of green transport technologies, and this agreement will hopefully prove pivotal in finding a solution that not only cuts carbon emissions but crucially cuts costs for the end user," Foley said.

The technology was initially developed for the 2009 Williams Formula One car and was later introduced to applications like London buses and the Le Mans-winning Audi R18 e-tron quattro.