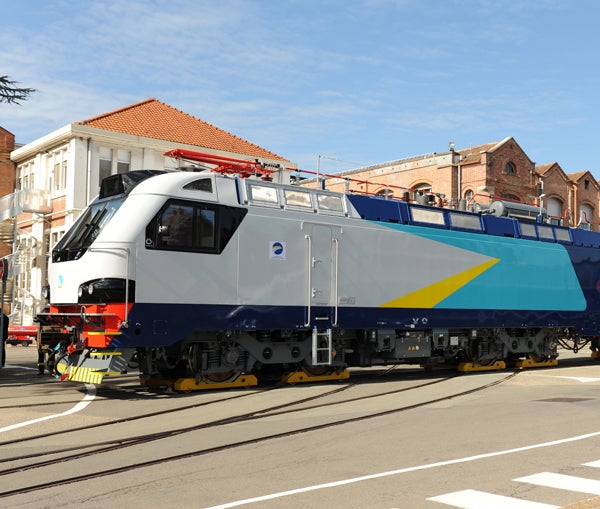 Alstom has won a 25-year contract worth €100m from AO Locomotive, a Kazakhstan Temir Zholy (KTZ) subsidiary, to maintain and modernise its 27 KZ4ACs passenger locomotives.

The company will provide maintenance services to KZ4ACs passenger locomotives that operate between Astana and Almaty in Kazakhstan.

Under the deal, Alstom will offer maintenance for the trains at its new plant, set to open in December 2012 in Astana, as well as a satellite facility planned for the south of Kazakhstan.

"Kazakhstan is a strategic market for Alstom, thanks to its geographic position, its fast economic growth and its commitment to modernisation," said Poupart-Lafarge.

Alstom also delivered the first electric freight locomotive KZ8A to KTZ under an contract it had won for the delivery of 200 double freight (KZ8A) and 95 passenger locomotives (KZ4A).

"Alstom will provide maintenance services to KZ4ACs passenger locomotives that operate between Astana and Almaty in Kazakhstan."

Designed and built at Alstom's Belfort plant, the KZ8A is likely to be the most powerful freight locomotive in the world, capable of carrying around 9,000t at a maximum speed of 120km/h in temperatures ranging from -50°C to +50°C.

Currently under Russian certification, the KZ8A locomotive will enter into dynamic tests in Kazakhstan in January 2013.

The first ten pre-series KZ8A locomotives are being built at Alstom's Belfort plant, while the remaining will be built at the new Astana plant.

Alstom's Astana plant will be able to start production at the end of 2012 with a capacity of up to 80 locomotives a year.