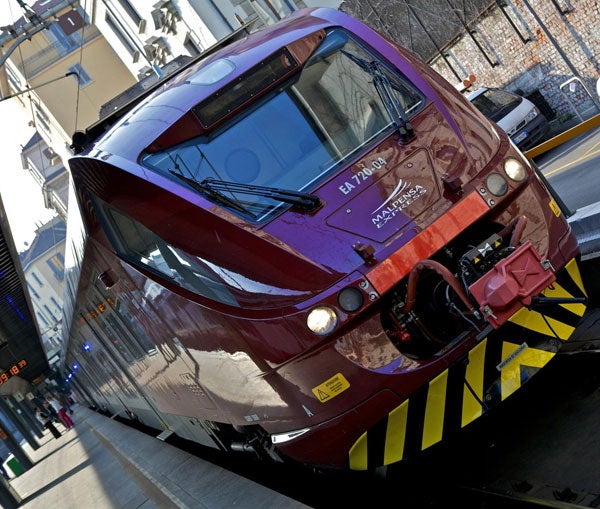 The order is part of a framework agreement signed by Alstom and FNM in 2008, under which 14 trains have already been delivered.

Scheduled to be delivered in early 2014, the ten additional trains are expected to strengthen Lombardy’s regional service, as well as meet the increasing demand for mobility.

Coradia Meridian, a five car-train electric multiple unit (EMU) type that can run at a maximum speed of 160km/h, is designed for regional operators in Southern Europe.

The new trains, with a length of 67.55m and width of 2.9m, are capable of carrying 182 people. Bogies have been designed to offer comfort, safety and affordability.

Each door will be fitted with integrated bridging plates to cover gaps between the train and the platform, while low floors help passenger access.

"The order is part of a framework agreement signed by Alstom and FNM in 2008, under which 14 trains have already been delivered."

The trains will also be equipped with onboard video-surveillance systems and display screens that are visible across the train for passengers’ comfort and safety.

The trains also include audio information, braille signs, 220V sockets for mobile phones and laptops and space for luggage.

Coradia Meridian regional trains will be designed and manufactured at the Sesto San Giovanni plant in Milan, and certified at the Savigliano facility in Cuneo.

Image: The additional ten Alstom Coradia Meridian regional trains will be delivered to FNM in early 2014. Photo: courtesy of Alstom.