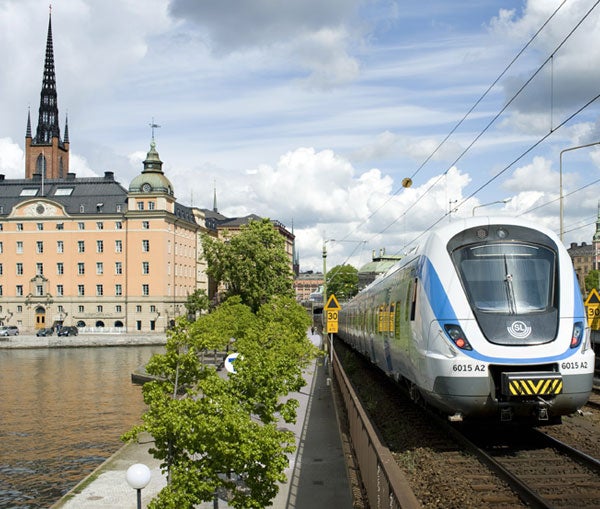 The new train order is part of an agreement signed in 2002 between Alstom and SL to replace the aging EMU fleet operating on SL’s network and extend its service.

Scheduled to be delivered in 2016, all 46 trains will be used to serve the lines of the greater Stockholm area, which brings the total number of Coradia Nordic trains ordered by SL to 129.

SL vice president Anders Lindström said: "We are convinced that the arrival of new and modern train sets in the commuter train network of the greater Stockholm area will contribute to increase our competitiveness and provide a higher level of customer satisfaction."

Coradia Nordic, which is designed for SL, is an electric multiple unit (EMU)-type, six-car, regional train that can run at 160km/h.

Each of the 107m-long trains will be capable of carrying up to 374 passengers and will be assembled at Alstom’s Salzgitter plant in Germany.

The trains will be equipped with the latest European Rail Traffic Management System (ERTMS) signalling technology and meet all of the latest interoperability requirements.

According to the company, the train’s distributed power optimises the braking and acceleration of each carriage, helping to reduce energy use.

The Alstom Coradia Nordic regional train, which is suited to Scandinavian climates, will have a recyclability rate of 95%, as well as being capable of operating at -35%C.

According to the company the new order will bring the total number of Coradia Nordic regional and suburban emus sold in Sweden to 239.

Image: The 107m Coradia Nordic trains will be assembled at Alstom’s Salzgitter plant in Germany and are scheduled to be delivered in 2016. Photo: courtesy of Alstom.