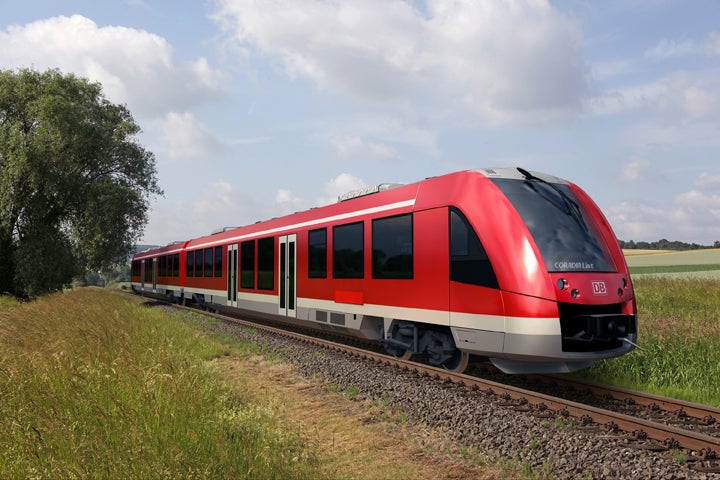 The Coradia Lint trains, which will be built at Alstom’s Salzgitter plant in Germany, will be used on Deutsche Bahn’s Southwest Diesel network in Rheinland-Pfalz, Hesse and Baden-Württemberg from 2015.

Alstom said that the deal also includes 14 trains with 112 seats, which are ordered under a framework agreement signed in 2008, as well as 24 models with 160 seats as an option contract signed in 2011.

Deutsche Bahn chairman and CEO Rüdiger Grube said that the new trains are part of the widespread modernisation of its rolling stock to benefit both its customers and employees.

"For the past year alone, we invested nearly eight billion euros in new trains," Grube said.

"The Coradia Lint trains will be used on Deutsche Bahn’s Southwest Diesel network in Rheinland-Pfalz, Hesse and Baden-Württemberg from 2015."

Alstom’s trains will be equipped with exhaust gas cleaning and technical equipment inside the engine to reduce 90% emissions, while the new engine management systems will help cut diesel burn and CO2 emissions by around 10%.

The trains can run at a maximum speed of 140 km/h and will feature disabled toilets and access ramps for bridging the gap between the train and the platform.

Alstom Transport president Henri Poupart-Lafarge said: "With more than 650 trains already sold in the past 15 years, we offer Deutsche Bahn and its passengers a proven and environmentally friendly solution."

In April 2012, the company won a €140m contract from Deutsche Bahn Regio, a subsidiary of DB, to build 28 Coradia Continental regional trains, in a deal that is part of the contract signed last year with DB Regio for the delivery of up to 400 trains.

The Coradia Continental trains will be used on Deutsche Bahn’s Rhine-Ruhr transport network in North Rhine-Westphalia (NRW) and are scheduled to enter service in 2014.

Image: The Coradia Lint trains will be used on DB’s Southwest Diesel network, passing through Rheinland-Pfalz, Hesse and Baden-Württemberg in Germany. Photo: courtesy of Alstom.