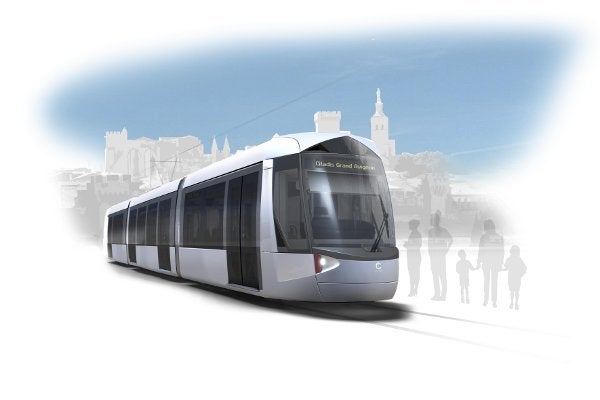 Following scheduled delivery in spring 2016, the new LRVs will be operated on the city’s planned 14.5km two-line light rail network.

The 24m-long Citadis Compact LRVs will be capable of carrying up to 146 passengers and are expected to transport around 45,000 people per day once they enter commercial service in late 2016.

Avignon’s in-development light rail network comprises the 9.2km Line A, which will serve 16 stations, and the 5.3km, ten-station Line B.

Construction of the rail lines is expected to start by early 2014, and will take around two years to complete.

"Following scheduled delivery in spring 2016, the new LRVs will be operated on the city’s planned 14.5km two-line light rail network."

Avignon is the second French city to order the Citadis Compact LRVs, after Aubagne placed an order in October 2011.

According to Alstom, the interior and exterior features of the Citadis LRVs will reflect the city’s architectural heritage.

The LRVs will feature large bay windows, air-conditioning and real-time information displays, and will be made up of three sections, with the possibility to add two extra sections depending on demand for services in Avignon.

Alstom said that the double doors at the front of the LRVs help achieve a smooth flow of passengers while reducing the time spent on the station platform.

The trams, which will be fitted with 750V dc traction equipment, will be produced at various Alstom plants in France.