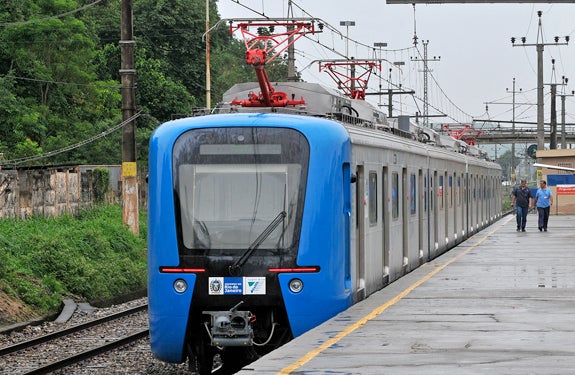 Alstom’s Lapa plant in Sao Paulo, Brazil, will be responsible for the production of the new metro cars, while the final assembly and testing will be carried out at the company’s new 32,000m² plant in Deodoro in Rio de Janeiro.

Construction of the new plant will be undertaken by Alstom on the site provided by SuperVia, with an initial investment of €6m from each of the partners.

Delivery of the first train is scheduled to take place in February 2014, two years earlier than specified in SuperVia’s concession agreement, while the entire fleet is expected to be operational by September 2014.

Each air-conditioned train will be equipped with an automatic train operator (ATO) driving system, which will be capable of carrying around 250 passengers per car.

"Each air-conditioned train will be equipped with an automatic train operator (ATO) driving system."

With a total railway network of 270km, SuperVia expects to ferry one million passengers a day by 2015 and plans to upgrade its entire fleet by 2020, including the purchase of up to 480 new cars.

SuperVia’s railway network includes five lines and 99 stations, which connect the city of Rio de Janeiro to 11 other municipalities in the surrounding area.

The new trains are part of a $2.4bn investment by SuperVia and the state of Rio de Janeiro to modernise of the city’s commuter rail network.