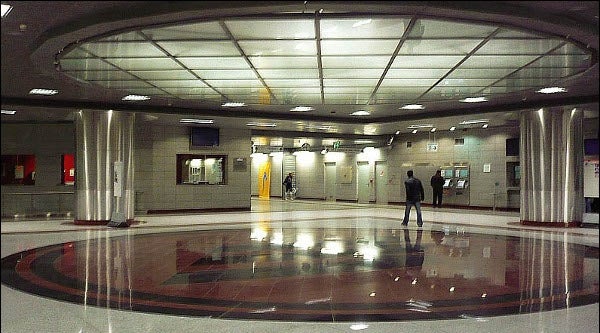 Attiko Metro, the owner of the Athens metro infrastructure, has signed a €344m contract with Alstom Transport, J&P Avax and Ghella for an extension of Line 3 in the Greek capital.

Funded by the European Union (EU) and the Greek Government, the project includes a 7.6km extension of the line to the Port of Piraeus and the construction of six new stations.

"This project will provide passengers and tourists travelling from the airport to the Port of Piraeus with a more convenient transportation service," Vlachos said.

The project is expected to be completed in 2017, serving an estimated 135,000 passengers per day, and will reduce travelling time by 60 minutes allowing passengers to travel directly to Piraeus from Eleftherios Venizelos International Airport.

Alstom has a share of €32m in the contract and will be responsible for the design and installation of traction power, including third rail, medium voltage supply and the distribution of low voltage power.

A contract for the signal system at seven other new stations is expected to be signed with Siemens in two weeks so the stations can be completed in 12 months.

The contract which will cover the detailed design, construction of the civil works and a major part of the required E/M and railway systems, is followed by five independent contracts of a lower budget to cover special E/M and railway scopes.