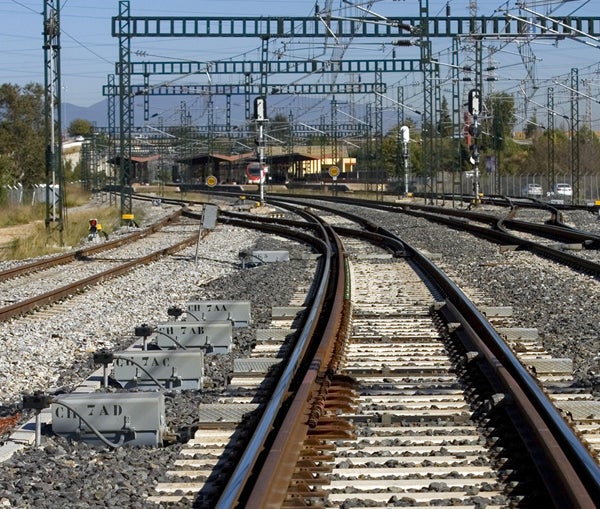 Alstom has signed an agreement with Spanish railway infrastructure manager Adif to develop a third rail signalling system for the Mediterranean Corridor project in Spain.

The new dual-gauge system will be equipped on the current tracks for 1,668mm and 1,435mm-gauge trains operating on the same tracks, providing interoperability between European and Spanish networks.

The agreement is part of a five-year framework agreement signed in November 2012 by the two firms to carry out research and development projects at Adif’s Railway Technology Center in Malaga, Spain.

The partnership aims to develop an ERTMS system for the mixed-gauge lines, conduct track testing, and bring out new products that can later be sold in the Spanish and international markets.

To date, Adif has upgraded around 170km of track in Spain to accommodate dual gauge between Barcelona and the French border, as well as some individual sections, such as the Tardienta – Huesca line, with 99% of the infrastructure work carried out by Alstom.
The new system will be installed along the Spanish Mediterranean Corridor, and support the completion of the Mediterranean Freight Corridor by 2015.

"It is already in operation in Spain, showing its reliability and viability for large-scale implementation in all the countries that, like Spain, have different gauges," Moreno said.

According to the company, the new rail technology can be exported to other countries such as Portugal, Armenia, Azerbaijan, Belarus, Georgia, Kazakhstan, Kyrgyzstan, Moldavia, Russia, Tajikistan, Ukraine and Uzbekistan to solve gauge interoperability problems.

Image: The new dual-gauge signalling system, to be developed by Alstom and Adif, will be installed along the Mediterranean Corridor of the Spanish lines. Photo: courtesy of Alstom.