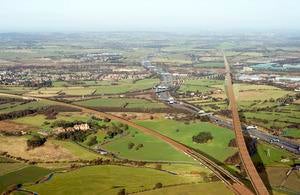 The construction costs of the UK’s proposed High Speed 2 (HS2) rail project could increase to over £80bn, almost double the current estimated cost of £42.6bn, according to a report from the Institute of Economic Affairs (IEA).

IEA believes the cost of the project has been dramatically underestimated and the £80bn price tag could deliver over £300bn of value if spent on other "high-return" transport projects.

According to IEA, the decision to build HS2 is partly the result of lobbying by special interests, including city councils in urban centres connected to the route, train manufacturers and other rail and engineering firms that would gain from the project in the future.

IEA deputy editorial director and author of the report Richard Wellings said that it is time the government abandoned its plans to proceed with HS2.

"The evidence is now overwhelming that this will be unbelievably costly to the taxpayer while delivering incredibly poor value for money," Wellings said.

"The IEA expects that lobbying by local councils for additional infrastructure and design changes will increase the cost."

"It’s shameful that at a time of such financial difficulty for many families, the government is caving in to lobbying from businesses, local councils and self-interested politicians more concerned with winning votes than governing in the national interest."

A spokesman for the UK Department for Transport (DfT) said that the HS2 project is important for the country, and would provide a huge economic boost that will generate a return on investment.

"Without it, the key rail routes connecting London, the Midlands and the North will be overwhelmed," the spokesman said.

The HS2 line would run from London to Birmingham, the West Midlands, Manchester and Leeds.

The first phase of construction is scheduled to start in 2017, with the first high-speed trains expected in service by 2026, while the full Y-shaped route is planned to open by 2032.

Image: Construction on the first phase of HS2 is scheduled to start in 2017, while the full Y-shaped route is planned to open by 2032.