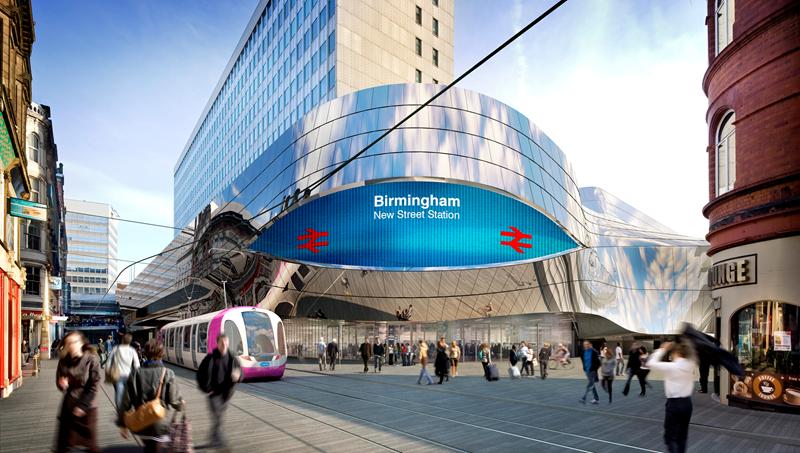 Network Rail is set to open the first half of the new concourse at Birmingham New Street station on 28 April 2013.

The redevelopment of the station started in 2010 and marks the first major change carried out at New Street station in over 40 years.

Following the opening of the new concourse and new entrances, the old station and all of its current entrances will be closed for rebuilding works to continue.

Network Rail project director of New Street Chris Montgomery said that the station will remain open for passengers throughout the redevelopment.

"The halftime switchover on 28 April will be the first time passengers see real changes in how they use and access New Street station," Montgomery said.

"Network Rail project director of New Street Chris Montgomery said that the station will remain open for passengers throughout the redevelopment."

"By switching off the old station and opening the first half of the new concourse next door, we can keep passengers moving through New Street while we continue rebuilding the existing half of the station and shopping centre above."

The new concourse is expected to be one and a half times bigger than the old concourse and will have a new, improved ticket office, new escalators and lifts for better access to platforms.

Other changes under the £600m development include the closure of the existing vehicle and pedestrian entrance outside the front of the station on Smallbrook Queensway, with vehicle access moving across to a new drop-off area and short stay car park located off Hill Street.

A new Moor Street link pedestrian walkway to connect the east side of the station to the new entrance on Stephenson Street is being built for passengers travelling from Moor Street station and pedestrians on Smallbrook Queensway to access the new concourse.

The complete redevelopment project is expected to be finished in 2015.

Image: The first half of the new concourse at Birmingham New Street station will open on 28 April 2013. Credit: Network Rail.