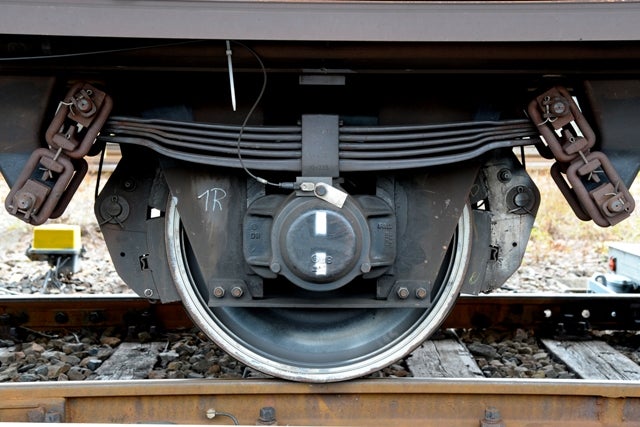 A two-year study carried out by the International Union of Railways (UIC) and supported by the Community of European Railway and Infrastructure Companies (CER) has shown that usage of composite brake blocks can reduce the noise caused by train brakes.

The EuropeTrain project, undertaken with the participation of 27 railway operators and eight railway manufacturers, delivered its results after successfully testing the LL brake blocks.

During the programme, a test freight train made up of 30 representative freight wagons from a number of European rail freight undertakings, was equipped with LL-type composite brake blocks and operated over 200,000km across Europe.

The wagons were operated on multiple test loops with different climatic, topographic and operational conditions.

The technology was tested in severe winter and summer weather conditions, as well as steep gradients and flat country.

UIC is currently seeking full approval of LL brake blocks for to be used for international transport, and said funding would be required to speed up the implementation of the new technology.

"The EuropeTrain project, undertaken with the participation of 27 railway operators and eight railway manufacturers, delivered its results after successfully testing the LL brake blocks."

The union said that the rail sector is facing major costs to retrofit the LL brake block technology into freight wagons, and the industry is engaging with the European Commission to ensure that retrofitting plans will not jeopardise the competitiveness of rail transport.

UIC director general Jean-Pierre Loubinoux said that the EuropeTrain testing campaign will provide the railway community with an important basis for possible decision taking in a strategic issue: the equipment of large fleets of freight wagons with silent composite brake blocks.

"This objective of the reduction of noise emissions by freight trains marks a new step towards more competitive and more sustainable rail freight transport in Europe," Loubinoux said.

The noise reduction initiative is part of the ‘Strategy for 2030 and beyond for the European railway sector’ which has been agreed by UIC and CER members.

The agreement calls for the reduction of noise and vibration from rail sector operations by 2050 to make them socially and economically acceptable for 24-hour passenger and goods operations.