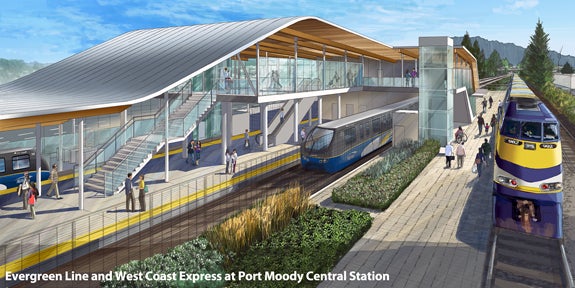 Bombardier Transportation has won a C$90.7m ($91.2m) contract from the Government of British Columbia (BC) in Canada and TransLink to deliver 28 SkyTrain cars for the new Evergreen Line and the existing Expo and Millennium lines.

The new SkyTrain cars will be operated by Vancouver’s transport authority TransLink on the Evergreen Line following its completion in 2016.

Canada-based SNC-Lavalin (SNC) won a C$1.4bn ($1.43bn) contract from the BC Government in October 2012 to design and build theEvergreen Line Rapid Transit project.

"The new SkyTrain cars will be operated by Vancouver’s transport authority TransLink on the Evergreen Line following its completion in 2016."

The Evergreen Line project, which will be integrated into Vancouver’s SkyTrain system, will link the cities of Burnaby, Port Moody and Coquitlam with an 11km light rapid transit line.

The new line will also provide a direct link to the Millennium Line, with connections to the Expo and Canada lines, West Coast Express and regional bus systems.

Image: Bombardier’s SkyTrain cars will be run by TransLink on the Evergreen Line that will connect the cities of Burnaby, Port Moody and Coquitlam.