"Virgin’s protests would carry more conviction if they had found fault with the process before the bidding round and not after."

Without it, Virgin Trains, which is controlled by Sir Richard Branson’s Virgin Group with Stagecoach owning a 49% stake, faces an uncertain future, to say the least.

"I think right now we will back out of rail in Great Britain, unless we get a call from David Cameron who says ‘Sorry, and we will construct a system that has the faith of British operators’," Branson told Channel 4 News after the franchise award was announced.

Naturally, Virgin Trains was never going to sit back and accept the loss of a franchise that it has operated since 1997. The company initiated legal proceedings against the UK Department for Transport (DfT) over the franchise award and the government announced a delay in signing the deal so that the Transport Select Committee could conduct a hearing.

What was presumably meant to be a smooth handover of the InterCity West Coast Franchise (as it is officially known) to FirstGroup on 9 December has become a major political and public event, with the deal potentially delayed indefinitely. 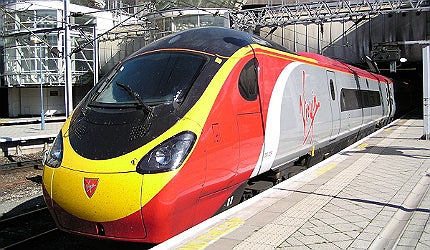 So what exactly is Virgin Trains’ problem? The core of the issue is that the company believes FirstGroup’s bid of £5.5bn to operate the West Coast franchise until 2026, £700m more than Virgin’s offer, is unrealistic and puts the viability of the West Coast Main Line at risk, as FirstGroup would be unable to meet its financial commitments without massive passenger growth or fare hikes in the later years of the franchise.

"They’ve thrown this enormous cheque at the end of the franchise and somehow got away with it."

Virgin founder Richard Branson has also criticised the UK’s "insane" franchise bidding system, which he believes has a track record of awarding franchises to the most aggressive bidder, rather than the company most likely to deliver a successful and sustainable network.

"If bids are won and lost on purely the bottom line, we will get the situation where we lost out on East Coast Main Line to someone overbidding," Branson said in a recent statement. "East Coast could have been transformed, but under the antiquated bidding system, it went to the highest bidder and you can see the mess that took place."

Branson, along with FirstGroup chief executive Tim O’Toole and others, presented his case at a Transport Select Committee hearing on Monday 10 September. "Based on the Department for Transport’s analysis of the two bids, Virgin’s bid is more deliverable and much more financially robust, and yet because the DfT did not follow their own rules, the most risky bid was accepted," said Branson at the hearing.

Later, referring to FirstGroup, he added: "They’ve thrown this enormous cheque at the end of the franchise and somehow got away with it."

Virgin Trains also has some cause to claim public support for its complaints, and it hasn’t missed the opportunity to do so. The company has frequently cited an online petition submitted to the UK Government, which had reached 171,861 signatures at the time of writing, asking it to reconsider the franchise decision.

"The West Coast Main Line’s current value is thanks to millions of pounds of investment and commitment from Virgin Trains – they’re not perfect, none are – but they have delivered a reliable service for 15 years and turned the line around," reads the petition.

"FirstGroup consistently rate amongst the worst of the train operators in passenger satisfaction surveys – they should show improvements in their existing services before being able to bid on more." 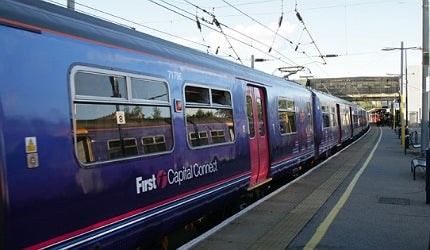 At the same hearing, FirstGroup’s Tim O’Toole and Vernon Baker refuted Branson’s allegations that their company’s high bid is based on unrealistic future ridership levels in the mid-2020s, thereby pushing the expectations of its service back and weighting its payments on to the back-end of its contract.

"[Virgin’s] allegation is flat-out wrong," argued O’Toole. "It’s just another bad guess they’ve made about our bid…If this bid were back-end loaded, you’d have a bid with much higher growth rates at the end so we could justify some giant premium.

"That hasn’t happened. In fact, it’s very different from that. It’s a much smoother line with actually lower growth rates at the back-end. The only reason the numbers are higher at the back-end is because of compounding."

On the other hand, O’Toole said that the critics of FirstGroup’s bid are being excessively pessimistic about the prospect of steady growth rates on a mature line such as the West Coast Main Line. He cited the Great Western Main Line, another FirstGroup franchise.

"Even in a railway that hasn’t been rebuilt, that is stuffed to the gills like First Great Western, we’re seeing growth rates of eight percent in the past year," he said. "If you continue to provide a good service, you will continue to grow, and we think we can continue to grow right into High-Speed 2."

Virgin’s critics haven’t been limited to FirstGroup. Some sections of the media have cast the company’s wider complaints about the UK’s franchise bidding system as corporate sour grapes. A Financial Times editorial published at the end of August cast Branson as "little more than a sore loser" who is "seeking to have the rules redrawn retrospectively so as to give Virgin a second bite of the cherry".

"Virgin’s protests would carry more conviction if they had found fault with the process before the bidding round and not after," continued the FT editorial.

Since then, however, Branson has emphasised, both at the committee hearing and directly to the Financial Times in a letter to the newspaper, that his company had been complaining about rail bidding to the DfT for several years.

Virgin Rail Group CEO Tony Collins backed up Branson, saying in a statement: "There must be some misunderstanding at DfT. We have had several meetings over the last two or three years where we have expressed our concerns over the bid process, how it evaluates the bids and how it leads to the sorts of failures we have seen on EC [East Coast] with NatEx and GNER."

Where now for the West Coast Main Line?

The spiralling dispute between Virgin, FirstGroup and the DfT undoubtedly signals a chaotic period for the West Coast Main Line and, potentially, its passengers. With such a high-profile, well-supported legal campaign to suspend FirstGroup’s contract, it seems unlikely that the December deadline for the handover will be met.

So what happens after 9 December? Branson and Virgin Trains have offered to continue running the line on a not-for-profit basis until the legal challenge is resolved, with all profits donated to charity. The DfT is reportedly reluctant, however, to take the company up on the offer, perhaps fearing that to do so could be seen as a bias in a very sensitive quarrel.

Instead, the government is thought to be preparing its publically-owned company Directly Operated Railways, which took over the East Coast franchise after National Express had its contract terminated, to do the same for the West Coast Main Line in the interim. DfT told the Sunday Times that it was "looking at our responsibilities under the section 30 of the Railways Act and it is only prudent to increase our focus on contingency planning".

Whatever happens in the interim, the main event in the ongoing saga of the West Coast Main Line will be the outcome of Virgin’s lawsuit in the UK High Court.

Whether Virgin or FirstGroup come out on top, all eyes will be on the West Coast franchise after it begins its next period of private operation. After all the fuss over which company had the best bid, it’s unlikely that any slip-ups will be forgiven.

Upgrading the run-down WCML and the £1.2bn Pendolino fleet order in 1997 was seen as the means of raising standards and giving faster journey times, such as Euston-Birmingham in one hour.