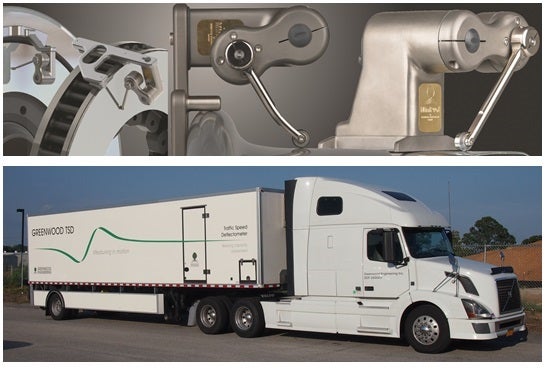 On 20 October 2017, Greenwood Engineering A/S, the manufacturer of multiple highly specialised types of measuring equipment for condition surveys in the global road and railway sector, celebrates its 25th anniversary at the leading edge of frontier technology.

The wide product range spreads from the small, handheld and light weight MiniProf units for monitoring and analysing the cross sectional profile of train wheels, rails and brakes to the truck size Traffic Speed Deflectometer (TSD) for network level bearing capacity measurement on roads while driving at normal traffic speed.

Since the founding of the company in 1992 by CEO Leif Grønskov, Greenwood Engineering A/S has grown from a small Danish manufacturing company to a strong and internationally recognised player on the global market with thousands of various measuring systems distributed and used all over the world, representative offices in China and USA and a global agent network representing more than 50 countries.

Much has happened since the first projects were launched more than 25 years ago in cooperation between CEO Leif Grønskov and his late father Niels Grønskov, but one thing remains unchanged: Still, the basic premise for all marketed products is an uncompromising high technological level and a wish to be at the leading edge of frontier technology.

Combined with the hard work and dedication of all Greenwood associates, an innovative company spirit and a close relation to our customers, we are very proud to have achieved this milestone and are excited for the next 25 years.

Greenwood Engineering has launched a new app, MiniProf Criterion for Android, which is now available...

The MiniProf BT system is an excellent full-contact measurement system with Bluetooth connection for fast,...

Greenwood Engineering will be exhibiting at InnoTrans 2016, taking place from 20-23 September at the...